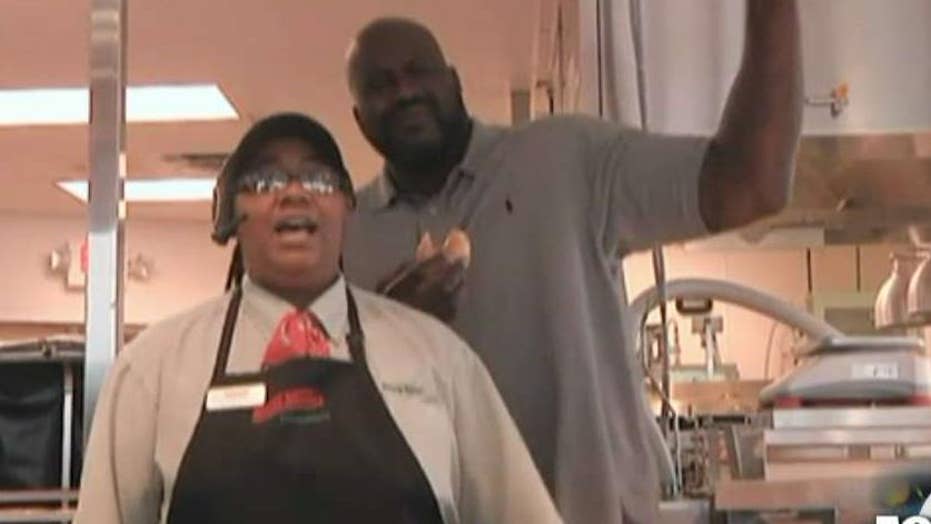 Fox Foodie: Alan Rosen, Abraham Conlon weigh in on celebrities in the culinary world plus a coffee shop that charges customers by the hour

The retired basketball player, 45, wants to own 100 Krispy Kreme shops, according to TMZ.

O’Neal already owns one franchise in Atlanta, but he’s looking to expand his doughnut empire.

On Thursday, he handed out free Krispy Kreme doughnuts in New York City’s Times Square. One Instagram user shared a photo of Shaq with the caption, “Today at work Shaq gave me a free donut and told me I was too young for him.”

The surprise appearance was in honor of the glazed doughnut’s 80th birthday — which happens to fall on the same day as his mom’s birthday.

But Shaq isn’t stopping at doughnuts. “I just started a company called Shaquille O’Meals,” he told TMZ. “I’m going to be investing in food franchises.”

Reps for Shaq and Krispy Kreme did not immediately return a request for comment.