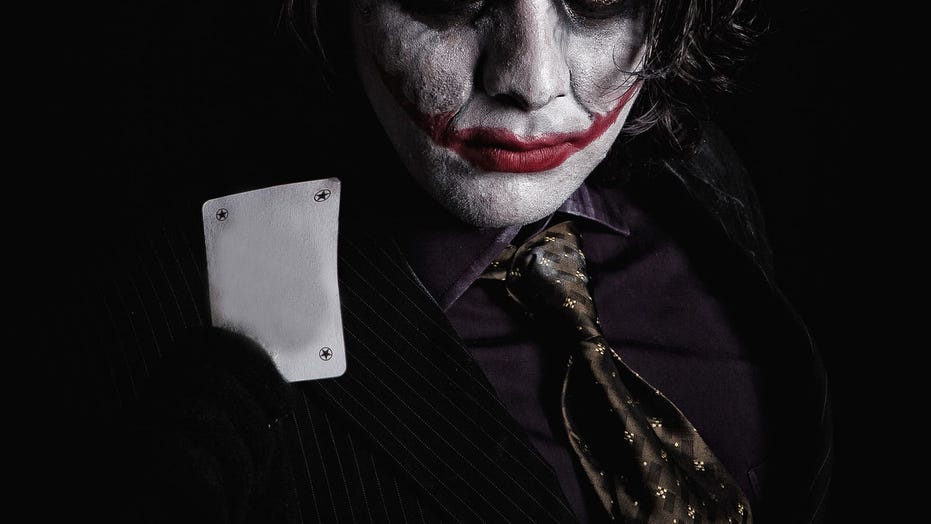 Crime is no laughing matter, even when it’s committed by a grown man dressed like a comic book character.

A man with green hair and a clown mask was caught on camera stealing a tip jar from a Toronto restaurant. Footage of the incident was uploaded to Facebook, where users noted the suspect’s similarities to Batman’s arch-nemesis, The Joker.

Christophe Stevens, the owner of Wafels & More in Kensington Market, uploaded the security camera footage to a restaurant industry-themed Facebook group. He included the caption, “Summer is approaching and the thieves are back ... I was waiting for Batman to save the day but he didn't show up. If anyone has a good tip on how to secure the tip jar feel free to share. Kensington Market area.”

While some users offered advice such as bolting the jar down or using a money slot, others alleged that the suspect has a history of appearing in the area.

MAN JAILED FOR REFUSING TO PAY DINNER BILL, CLAIMED IT HAD THE WRONG DATE ON IT

One user commented, “He roams Kensington on the College/Augusta side quite often.” Another claimed, “This painted face person hits up many places along Bloor West. He will attempt to enter ‘staff only’ areas and take whatever possible. He also does drugs in restaurant washrooms. Heads up.”

In fact, Stevens responded to one of these comments, saying “yes I kicked him out my toilet once before where he left me a nice present to deal with.”

Fortunately, authorities have apprehended a suspect (without any help from Batman). Toronto police arrested 29-year-old Timothy Lubin in connection to the incident, The Toronto Star reports. He has been charged with theft.

Stevens responded to reports of the arrest on his original Facebook post, saying, “The Toronto Police Service has informed me that the suspect has been arrested so I applaud their quick and good work. I was surprised by the huge media reaction my post received. My only intention was to warn fellow businesses about this individual."