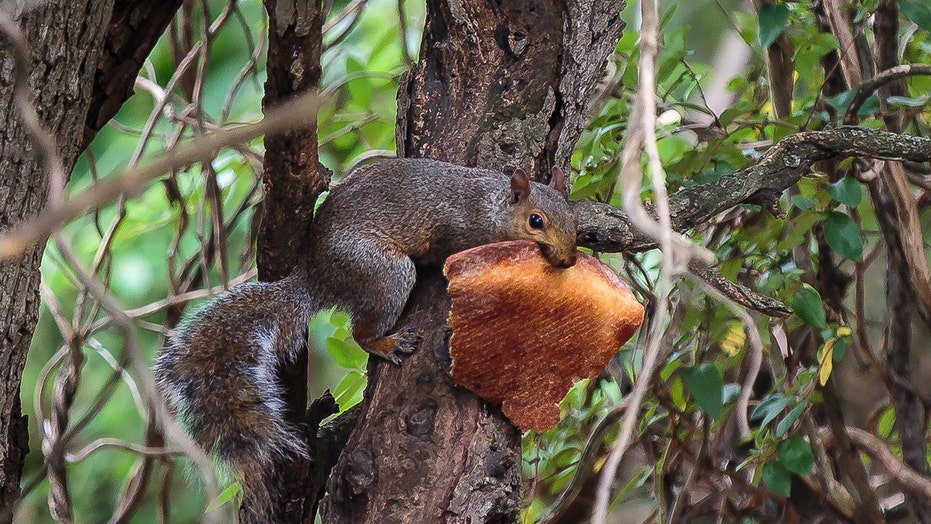 A New Jersey squirrel has won over Twitter for determinedly scurrying up a telephone pole with a half-eaten slice of pizza, nearly the size of itself. Commenters joked that the “beautiful” sight was a good omen that nature is “healing” and slowly “returning” to normal.

Footage hit Twitter on Thursday of the Hoboken squirrel dashing up a telephone poll, in a 40-second clip that has since been viewed over 28,000 times.

“Absolutely unbelievable moment in Hoboken. Couldn’t believe we saw it with our own eyes,” the user who shared it teased. “A real life Pizza Squirrel (no relation to pizza rat). Life truly is starting to return.”

“Whoa!” one witness could be heard exclaiming in the quick clip.

One user declared that the Garden State is the home of the best pizza, and even administrators for the state's official Twitter account chimed in to congratulate the pizza squirrel’s honest efforts.

“Heavy is the head that wears the crown,” New Jersey's official Twitter account joked, sharing a graphic of a squirrel looking regal with a crown and pizza.

The viral phenomenon of pizza-loving wildlife began around five years ago, when the original "pizza rat" shot to Internet stardom after it was caught dragging a slice down the stairs of a Manhattan subway stop.