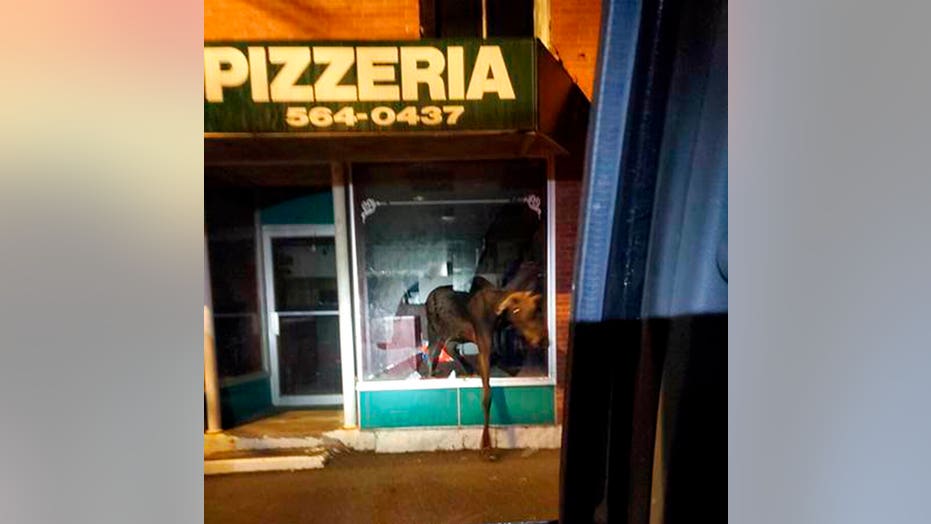 Police in the town of Dover-Foxcroft, Maine, say a moose crashed through the window of a now-closed pizzeria at about 1:30 a.m. on Friday morning.

Matt Poole, an officer with the Piscataquis County Sheriff’s Office, managed to snap a picture of the likely hangry moose exiting back out through the broken window onto East Main Street, the Portland Press Herald reported.

“We found the suspect and they are not in custody,” the Dover-Foxcroft police joked on Facebook. “Boring right?”

“I’ve been at this job for 26 years, and I grew up here, and this is the first time I’ve seen it,” Reardon told the outlet.

“It's a moose-take. He was just the first responder,” one wrote.

“This is a-moose-ing,” another added. “He moose have been hungry.”

Others expressed their concern for the animal, who was likely hurt during the “break-in.”

It’s unclear if the moose had been located following the incident. Police say the animal had likely been injured, but WBZ-TV reported on Friday afternoon that the moose returned safely to the woods.

The moose also made off with not a single slice, as the pizza shop that formerly used the space had moved just across the Piscataquis River in Dover-Foxcroft.