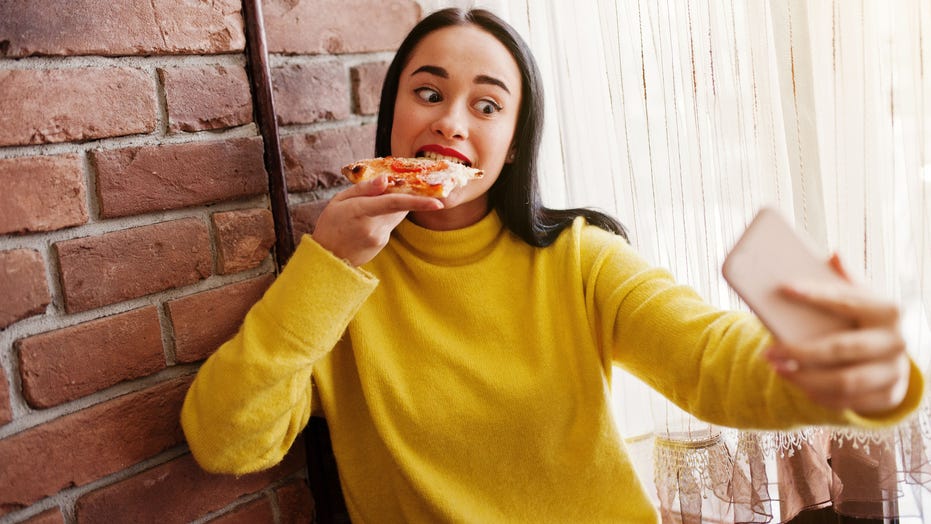 A California pizza place is offering free pizza, but there’s a catch — customers have to be willing to lock their phones away during their meal.

A Curry Pizza Company location in Fresno is running the promotion, which they call the “Talk to Each Other Discount.” When a group of at least four people comes into the restaurant, they have the option to lock their smartphones in one of the establishment’s lockers. If they can make it through the entire meal without checking their phone, they either get a free pizza to take home or one for their next visit.

Patrons also have the option of donating the pizza to the homeless.

The restaurant posted about the promotion on Facebook, saying, “Our goal is to get families/friends to stop using their phones while eating and talk to each other and communicate more. If you like you may receive a free large (per group) on your next visit (must be at least 24 hours) or you can donate your free large pizza to the needy. We donate pizzas to the homeless in downtown Fresno every month, so we would add your donated pizza along with the many others or you could do it yourself.”

Co-owner Varinder Malhi spoke with Fox News about the initiative and said he was inspired by his own phone usage. Looking to set a good example for his kids, he stopped using his phone at home (unless it’s for important work use). After seeing the benefits, he decided to try it out at the restaurant.

Eligible groups must have at least four people in it because when it's less people they tend not to focus on their phones, Malhi explained. Also, everyone in the group has to have a smartphone, and they all have to turn it in. In order to make sure everyone is playing fair, the cashier will inspect everyone’s phones to make sure they have service. This ensures that people are actually disconnecting and not just trying to nab a free pizza with an old phone.

According to Malhi, so far the restaurant has given away between 40 and 50 pizzas. He also said that the restaurant donates between 50 and 60 pizzas to the homeless every other week from their different locations.