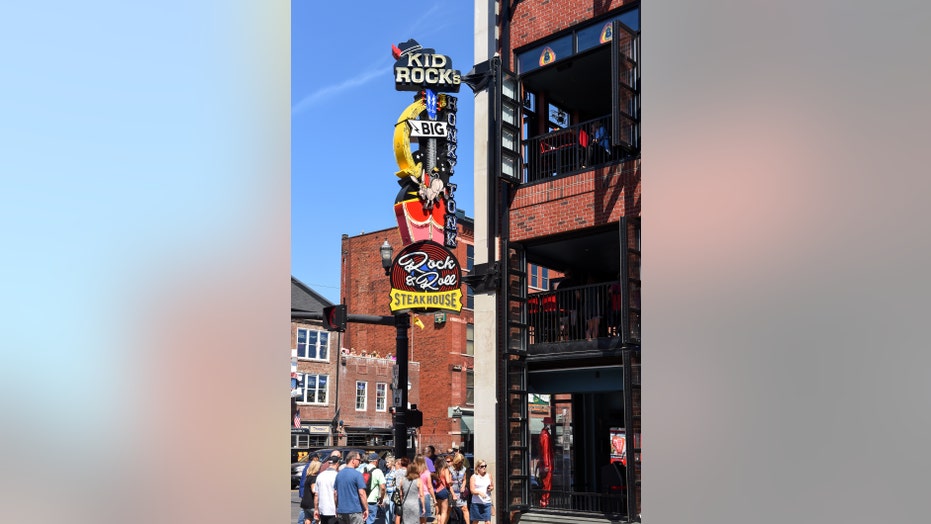 You can still “bawitdaba” inside Kid Rock’s Honky Tonk in Nashville — whatever “bawitdaba” means — but you can’t get a beer. At least temporarily.

Nashville’s Metropolitan Beer Permit Board has suspended the beer permit for Kid Rock’s Big Honky Tonk Bar and Steakhouse after the establishment was determined to be in violation of the city’s current coronavirus restrictions. The suspension, which has yet to be formally served, would last for five days.

MAN ASKS IF HE'S WRONG FOR OFFERING TO BUY WOMAN A DRINK, THEN REFUSING ONCE HE HEARS THE ORDER

News of the Permit Board’s decision comes after Kid Rock’s Honky Tonk was first cited by the Metro Public Health Department for “serving people that were seated at the bar and for not observing proper social distancing inside the establishment.” The citation was handed down after a viral photo, allegedly taken last Friday, showed patrons seated around the bar, amid a large crowd of customers who were also not observing social-distancing rules.

The establishment was said to have been in violation of Phase Two guidelines for Nashville’s reopening, which stipulates that restaurants adhere to “strict” social distancing protocol, and any bar areas remain closed to patrons (customers can still be served alcohol at their seats or tables). Dance floors at live music venues — such as Kid Rock’s Honky Tonk — are also not permitted to reopen.

Inspectors with the city are scheduled to perform subsequent walkthroughs of the venue, to determine compliance, or any further violations, The Tennessean reports.

Kid Rock’s Honky Tonk was just one of four bars in downtown Nashville that was found to be in violation of coronavirus restrictions. Moxy Nashville Downtown, Nudie’s Honky Tonk and Broadway Brewhouse are also being handed a five-day suspension. All establishments will reportedly have 14 days to appeal the board’s decision.

Steve Smith, the owner of Kid Rock’s Honky Tonk, had already told The Tennessean that he planned to fight back against the original citation, claiming it was “selective prosecution,” via a statement from his legal counsel, Brian Lewis. The restaurant has cited the Black Lives Matter protests as reason behind its claim.

Steve Smith, the owner of Kid Rock’s Honky Tonk, had already announced his intentions to fight back against the original citation. (iStock)

"We find it very unfair that Mayor (John) Cooper can encourage thousands of people to march with him in violation of his own phases, but he wants to hold the Nashville business community hostage," Lewis said to the outlet. "We're sick of it… It is so unfair. It’s a double standard being applied to us, and we’re tired of it."

Nashville is expected to enter Phase Three of reopening on Monday, under which bars and restaurants in the city are allowed to move to 100-percent capacity, if social-distancing permits.