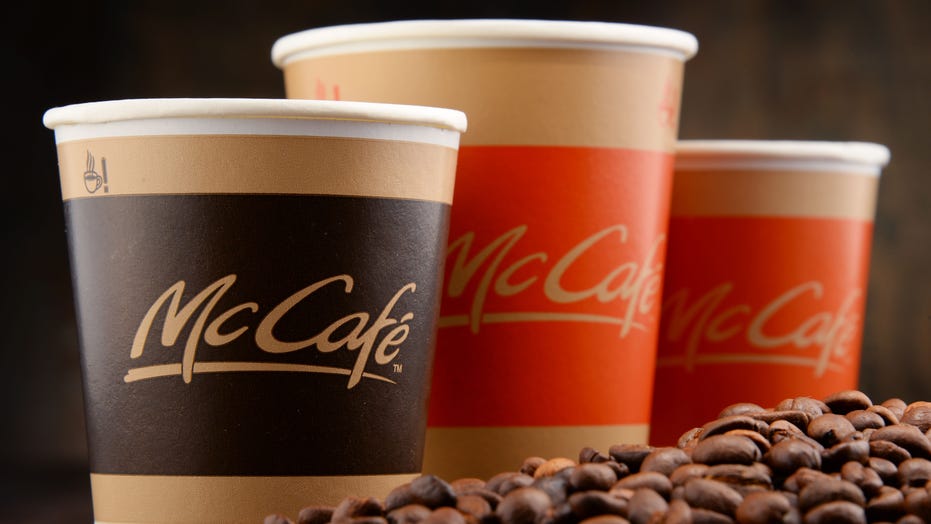 EDITOR'S NOTE: The officer has resigned from the department after he "fabricated" the claim, according to the police chief. Read the update here.

A police officer received an insulting message along with a coffee from McDonald’s, police claimed.

A police chief from Kansas shared a photo of the coffee cup with a vulgar message written on the receipt.

He said it was given to one of his officers who had ordered the drink.

After a police officer reportedly received a coffee cup with the words "f-----g pig" written on it. (iStock, File)

A photo showed the receipt stuck to the side of the cup with the words “F-----g pig” written across it.

The incident occurred early on Saturday morning at a McDonald’s in Junction City, Kan., KWCH reported. The unnamed officer had stopped at the restaurant on the way to work to pick up the coffee.

Herington Police Chief Brian Hornaday shared an unedited version of the photo on Facebook, captioning it, “This is what he paid for. Although I understand this is likely the act of one person and not a representation of the company, when it was brought to their attention the company offered him a ‘free lunch.’ No thank you. A Big Mac and large fries doesn’t make up for it. The US Veteran who continues to serve deserves much more. This is not only bad for McDonald's, but is also a black eye for Junction City.”

In a statement obtained by Fox News, Dana Cook, the owner/operator of the McDonald's, said, "McDonald’s is a strong supporter of our police, military and first responders. In fact, I have several family members who are law enforcement officers. We take any incident like this seriously and are currently investigating the allegation made."

The Geary County Sheriff’s Department released a statement on its Facebook page: “We, humanity as a whole, have become quick to judge, and even quicker to react. We don't know the whole story and are saddened by seeing this incident in our community. However, we at the Geary County Sheriff's Office, believe this was an isolated incident and have faith in management at McDonald's to get to the bottom of the situation. We do not believe the actions of one individual represent the feeling of our community as a whole, a community we are proud to serve. As a show of faith in our community, the Sheriff and some of his command staff will be visiting to have a cup of coffee Monday morning.”

Junction City is a two-hour drive west of Kansas City.