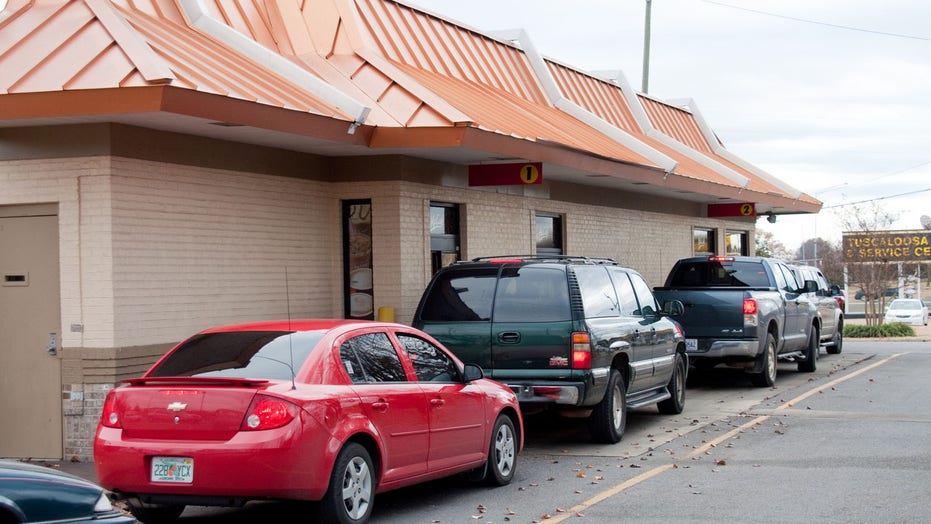 Based on recent events, the drive-thru might be one of the most important inventions for the foodservice industry.

While they’ve been around for a long time, drive-thrus are seeing a huge surge in usage during the coronavirus pandemic. After all, most restaurants across the country still aren't allowed to offer indoor dining, and people looking to get out of the house for a bite to eat don't have to go much further than their car.

Before drive-thrus, cars were rarely designed with cup holders. By the 1980s, the feature was considered a must-have in every car. (iStock)

But while it seems that almost every fast-food restaurant has a drive-thru lane, there was a time when people actually had to — gasp — get out of their cars every time they wanted to order a burger and fries.

The drive-thru has its origins tied to a chain of restaurants called the Pig Stand, which is credited with opening the first drive-in restaurant in Texas in 1921, according to History.com. Customers would park and a carhop would serve burgers and fries directly to their cars. A Los Angeles location of Pig Stand eventually offered the option of bagging up meals for takeout starting in 1931, laying the foundation for what later became the drive-thru.

Red’s Giant Hamburg in Missouri opened what is generally considered to be the first true drive-thru in 1947, Money.com reports. A year later, In-N Out Burger opened a drive-thru that used a state-of-the-art (at the time) two-way speaker box.

Then, in 1951, Jack in the Box opened in San Diego as a drive-thru only restaurant, coinciding with the growing popularity of car culture in America.

The popularity of the drive-thru has since had a huge impact on the fast-food industry, and not just in how the parking lots were designed. Restaurants that wanted to cater to the car crowd began to focus on easy-to-eat foods like burgers and bone-free pieces of chicken. French fries also became popular, albeit without any messy toppings, per History.com.

But drive-thrus didn't just change how people ate — it affected the design of the automobile itself. Before drive-thrus, cars were rarely designed or manufactured with cup holders. By the 1980s, the feature was considered a must-have in every car.