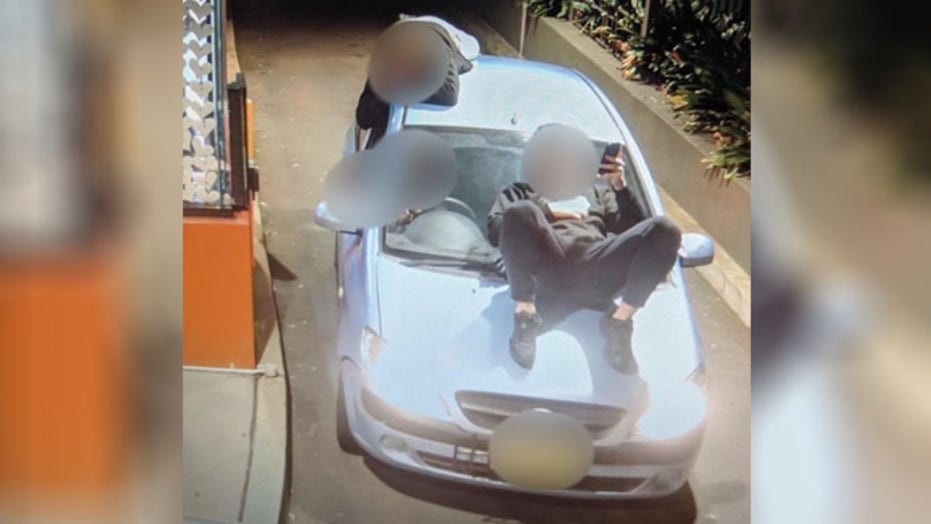 It turns out, authorities don’t like it when teenagers drive around with people sitting on the hood and roof of their car.

A bizarre scene was captured by cameras at a McDonald’s drive-thru in New South Wales, Australia, when a teenage driver pulled through with some irregularly placed passengers. As the footage shows, one person was sitting on the hood of the car while another laid across the roof.

The Traffic and Highway Patrol Command for the New South Wales Police Force posted a still from the video to its Facebook page.

The post is captioned, “About 4:55 a.m. (Saturday, 6 June 2020) a 17-year-old male from Stanhope Gardens, the holder of a New South Wales P1 provisional license was detected driving a blue Hyundai Getz through the drive-through of McDonald's, Castle Hill. At the time the driver was permitting two teenage males to ride on the bonnet and roof of the motor vehicle.”

The post also contains a lengthy list of charges filed against the driver, who was later identified by local authorities. These charges include driving with passengers in/on part of the car that’s not permitted and not having the proper plates on the car. He was also charged with failing to notify authorities of a change in his residential address within 14 days (although, unlike the other charges, this one did not include any points against his license).

He was issued fines totaling $1,070 and had eight demerit points placed on his license. Authorities are still attempting to identify the passengers who rode on the outside of the car.