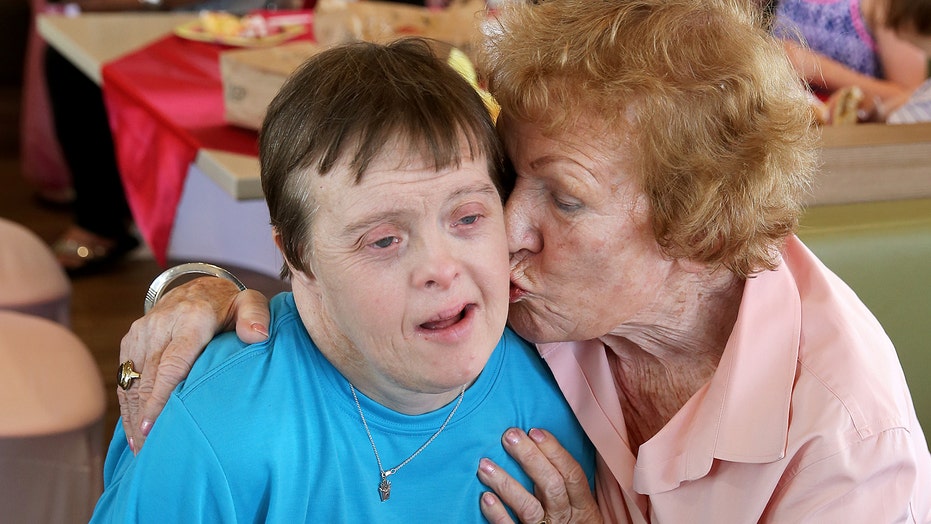 Freia David — a woman with Down syndrome who was a beloved employee at a Massachusetts McDonald’s for 32 years and once praised by Hillary Clinton during the 2016 presidential election — died on April 30. She was 55.

The cause of David’s death, announced in the Boston Globe’s obituary section on Sunday, was not released.

“Freia was born to a loving family, having Down syndrome, but this never slowed her down. She graduated from Needham High School, participated in Special Olympics, had many friends, and enjoyed music, movies, and Mickey Mouse,” her obituary stated.

David was well-known in Needham, Mass., by residents who visited the local McDonald’s where the 55-year-old worked as the go-to french fry bagger since 1984. She landed the job with help from Charles River Center, a nonprofit that provides services for those with Down syndrome and other developmental disabilities. She soon became an essential employee who “served up spectacular french fries, teased her co-workers and greeted everyone with a smile.”

David spent five days a week arriving early for work and preparing fries for hungry customers. She would return on Saturdays to eat lunch with her mother and socialize with friends, the Boston Globe reported.

MCDONALD'S PLASTIC STRAWS ARE GOING FOR BIG BUCKS ON EBAY

In April 2016, she hung up her apron after spending more than three decades working in front of the Frymaster. David reached “minor celebrity” status when more than 100 people attended her retirement party at the McDonald’s to thank her for her work.

“It was nice, I’m really happy,” David told WBZ at the time about her retirement. “I like all my friends here.”

Freia David, a longtime employee at the McDonald's in Needham, Mass., died on April 30. (Getty Images)

Clinton, the then-Democratic nominee for president, also told a crowd at a 2016 Florida campaign event about reading the Massachusetts native’s story published in the Boston Globe.

“Now, if you want some proof, let me tell you this story. It’s a story of a woman named Freia David...I’ve carried a copy of that [Boston Globe] article around with me because I loved it so much,” Clinton said at the time, according to the newspaper.

David spent the last 15 years at a group home where she was “helped, supported and allowed to blossom as a resident," her obituary said.