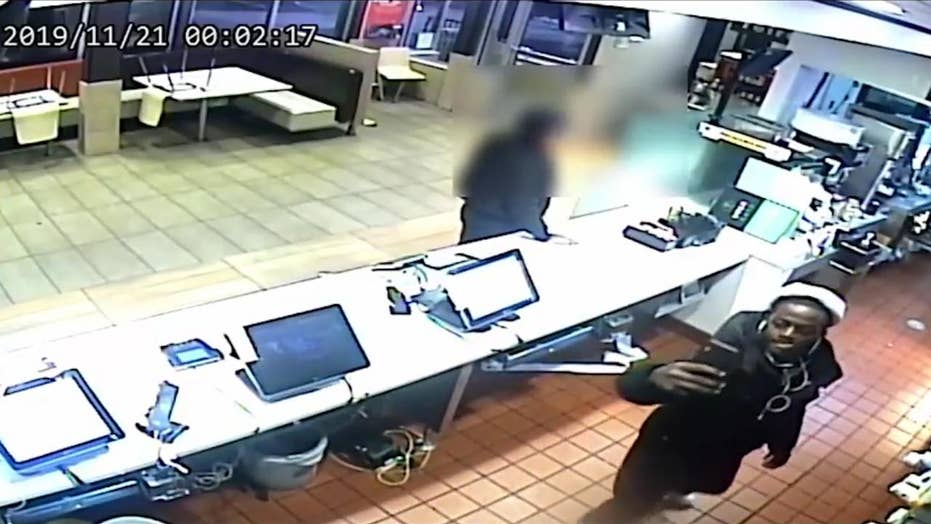 Shocking footage from a McDonald’s in Philadelphia shows an employee getting assaulted with a mop bucket ringer by a group of young men.

Shocking footage from a McDonald’s in Philadelphia shows an employee getting assaulted with a mop bucket wringer by a group of young men.

Authorities recently released surveillance footage of the incident, which shows the suspects dumping the mop bucket on the victim. One of the men then picks up the wringer and throws it at her face.

The Philadelphia Police Department released the footage on its YouTube page, where they asked for help identifying the suspects. The incident, which occurred last Wednesday, allegedly continued outside the restaurant.

According to authorities, the victim was struck in the face with a rock before getting punched and kicked multiple times.

Fox News previously reported that a McDonald’s worker at the same location was assaulted by a group of teenagers who had reportedly asked her for free food. After she denied them, they allegedly assaulted her both inside and outside of the restaurant.

The victim was discovered unconscious in the restaurant’s parking lot.

At the time, authorities had not released any information about the attackers, although they did confirm that a report had been filed.

The footage of the assault was released a day after it was reported that a group of McDonald’s workers in Chicago filed a lawsuit claiming that they face threats of physical violence and that the company does not do an adequate job of protecting their employees.

The workers say that Chicago police respond to more than 20 911 calls to the city’s McDonald’s on a daily basis, AP News reports. They also cited various instances of violence, which include physical assault and sexual harassment.