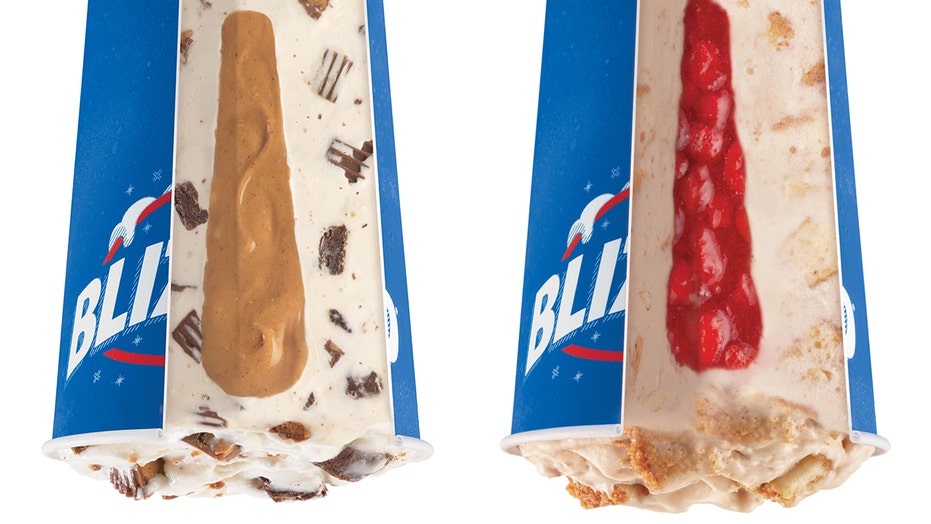 As is customary for modern monarchs expecting an addition to the royal lineage, the Dairy Queen herself has taken to social media to share the news of its latest “royal baby.”

On Monday, only moments after the Duke and Duchess of Sussex announced the birth of their first child, Dairy Queen’s official Twitter account announced its own 6-ounce bundle of joy: a temporarily-renamed “Royal Baby” Blizzard.

The ice-cream chain confirmed in a press release that, indeed, its Mini Royal Blizzards – which come in both Brownie and New York Cheesecake – are to be known as the Royal Baby Blizzard Treat for the time being.

The new name likely won't make it to the actual, physical Dairy Queen menus at stores across the nation, as a representative for the chain confirmed there will be no signage at Dairy Queen locations to denote the  new "Royal Baby" item. Employees have also been informed of the temporary name change, although it came as news to at least one Twitter user who claimed to work at the chain.

Only the mini, however, will be referred to as the 'Royal Baby' Blizzard Treat. The Dairy Queen was very clear on that point.

The actual royal baby – Harry and Meghan's – arrived at 5:26 a.m., and is seventh in line to the British throne.

A beaming Prince Harry told reporters at Windsor Castle that both mom and baby are doing well.

"I'm very excited to announce that Meghan and myself had a baby boy early this morning, a very healthy boy," the new dad shared. "Mother and baby are doing incredibly well. It's been the most amazing experience I could ever possibly imagine. How any woman does what they do is beyond comprehension but we're both absolutely thrilled and so grateful to all the lovely support."