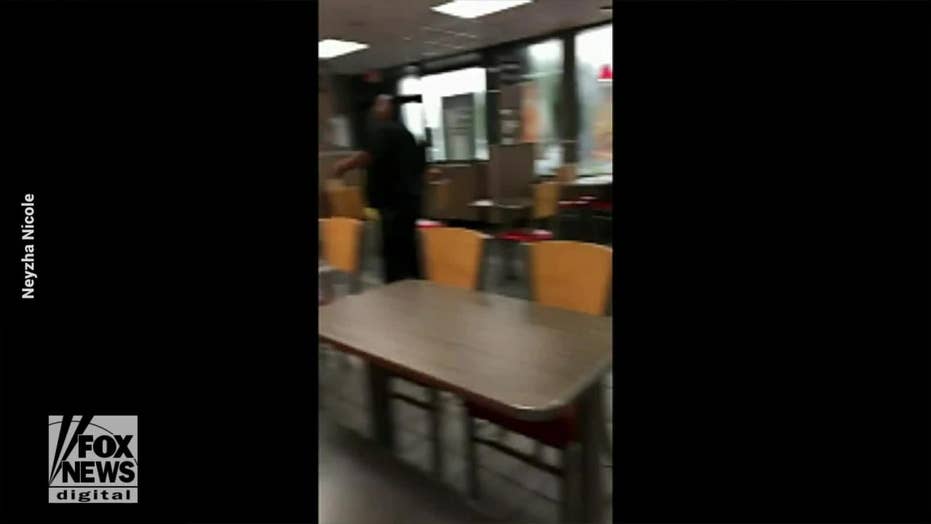 Customers at a Florida Burger King were filmed telling the general manager to 'go back to Mexico.'

A Burger King employee who was told to “go back to Mexico” by two women in a viral video says he’s accepted their apology.

The general manager of the Eustis, Fla., location posted an image of a letter he claims to have received from the women to Facebook. In the letter, the women describe their actions as “very bad behavior” and claim that they had recently hit an “emotional brick wall.”

Ricardo Castillo captioned the photo with, “Wherever y’all are, I would like to say that apology is accepted and I’m truly sorry for what you’ve been through…” In the apology letter, the two women describe the emotional situation that led to their behavior.

“One of us has become a widow last week,” the letter explains. “Our irrational moment at your restaurant when our hearts were still painfully raw resulted in lashing out at you, causing you undeserved pain and embarrassment.”

The letter describes the women’s situation, “The overwhelming realization you just buried your best friend, you’re faced with insurmountable debt with very little income now and no savings.”

They go on to describe their behavior as “irresponsible” and “hurtful,” and the letter ends, “Our hope is that you will extend your hand to us in forgiveness and accept our heartfelt apology.” The letter doesn’t give either woman’s real name, instead only identifying them as “two old but much wiser ladies.”

Castillo continues on in his post to say that he’s opening up a GoFundMe account to raise money for the two women. “Remember, like they said in this letter, Jesus Christ said be kind and compassionate to one another,” Castillo wrote. “So, please, let’s help them.”

When the footage was originally released, Burger King condemned the discrimination seen in the video. In a statement obtained by Fox News, Burger King said, “There is no place for discrimination in our restaurants. We expect employees and guests to treat each other with respect. This incident took place at a franchised restaurant and the owner is looking into the matter.”

Michael Bartiromo contributed to this article.