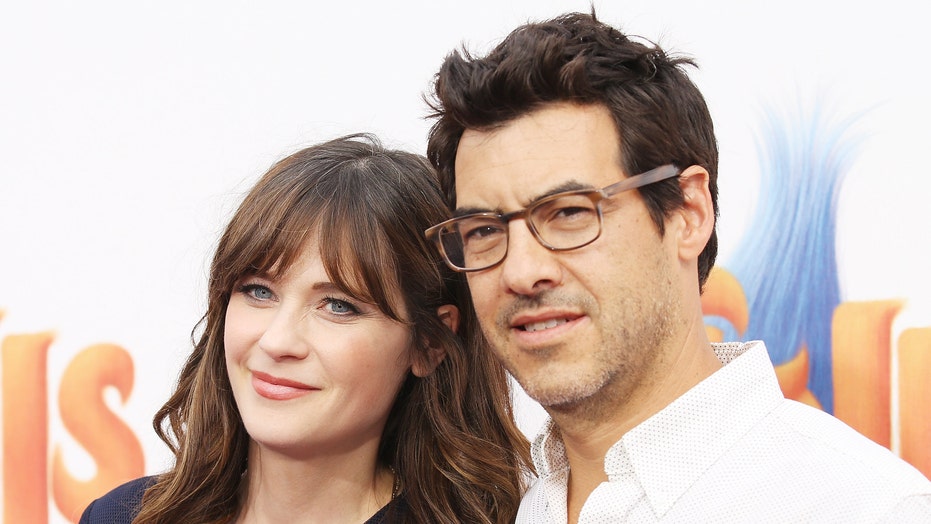 Zooey Deschanel's husband Jacob Pechenik has filed for divorce after splitting last month, according to a new report.

According to Entertainment Tonight, the Hollywood producer -- known for his work on films like "Solace" and "Rock the Kasbah," which featured singer-songwriter-actress Deschanel in a supporting role -- submitted the paperwork in Los Angeles Superior Court on Tuesday.

The former couple, who were married for four years, share two children together: Elise, 4, and Charlie, 2.

Deschanel, 39, and Pechenik, 47, previously told the outlet in a joint statement: "After much discussion and a long period of contemplation we have decided we are better off as friends, business partners and co-parents rather than life partners. We remain committed to our business, our values, and most of all, our children. Thank you for respecting our privacy at this time."

The divorce filings come just one day after Deschanel posted a photo of herself with her new boyfriend, Jonathan Scott of the "Property Brothers."

The picture featured Deschanel being held in the air by Scott, 41, surrounded by haunted house employees, as well as Scott's twin brother Drew.

"Still processing how scared I was of these people dressed in spooky masks," read the caption.

Deschanel was nominated for an Emmy and three Golden Globes for her starring role in "New Girl," and is part of the Grammy-nominated indie-folk duo She & Him.