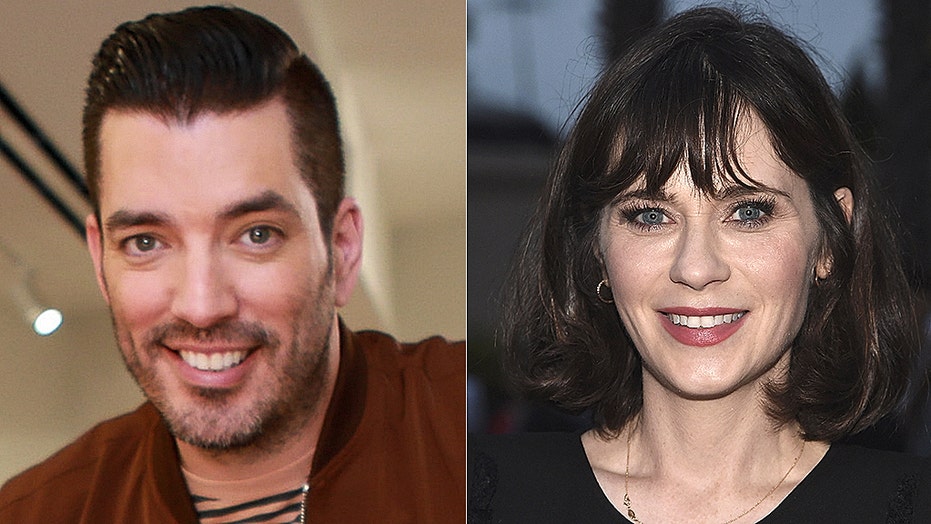 Zooey Deschanel is moving on with her love life after announcing her split from her husband last week.

Deschanel, 39, was spotted walking hand-in-hand with the HGTV renovation expert, 41, in photos obtained by Hollywood Life. They showed off some PDA while on a date in Silver Lake, California on Friday.

She donned a blue sundress while Scott wore jeans, sneakers, and a bomber jacket on their casual outing.

Jonathan Scott (L) was spotted on a date with Zooey Deschanel on Friday night. (Getty)

A source told People magazine the relationship is new "but they are having a lot of fun together." They two reportedly met while filming an episode of "Carpool Karaoke" together.


One week ago, Deschanel confirmed her split from husband Jacob Pechenik after four years of marriage.

“After much discussion and a long period of contemplation we have decided we are better off as friends, business partners and co-parents rather than life partners,” a rep for the couple said in a statement. “We remain committed to our business, our values and most of all our children. Thank you for respecting our privacy at this time.”

They share two children together: daughter, Elsie, 4, and son, Charlie, 2.

Deschanel was also formerly married to musician Ben Gibbard from 2009 - 2012.