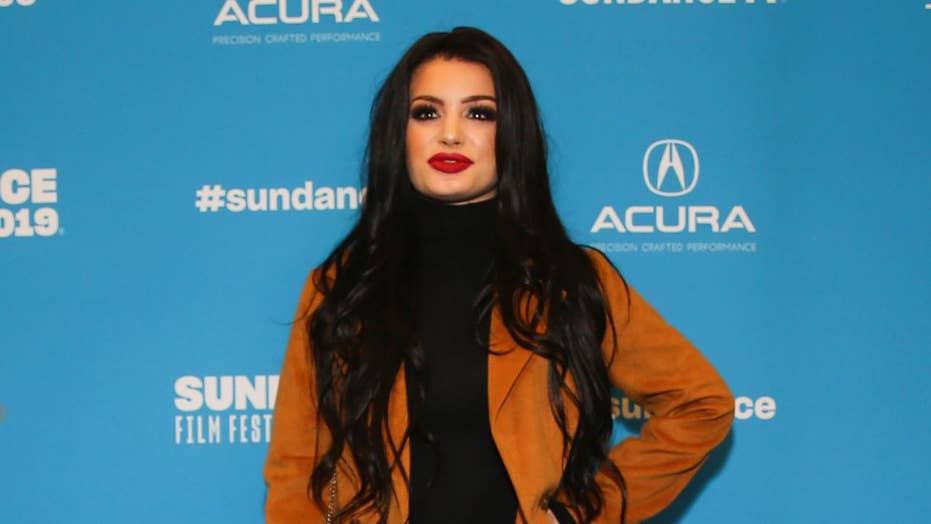 WWE star Paige is the subject of the new film Fighting With My Family, that looks into how she became a WWE superstar. She sits down with Fox News and reveals she's actually a huge fan of the movie.

WWE star Paige is the subject of the new film "Fighting With My Family" — and she also admits she's a huge fan of the movie.

WWE STAR PAIGE TALKS SEX TAPE: 'I DON'T WISH THAT ON ANYONE'

"I've seen it four times already," the 26-year-old former pro wrestler told Fox News. "The first time I was extremely emotional — it was over a year ago, and it hadn't been fully finished. [There were] still a few tweaks that Stephen [Merchant] wanted ... So he brought me to the WWE performance center down in Orlando, and he was like, 'I can’t sit in the room with you because I feel like I'm just going to keep staring at you and see if you like it.' So he just walked outside the room, and I just couldn’t watch it — I was crying too much. It was like, 'This is just so good!'"

Paige's second viewing wasn't as emotional, but was even more enjoyable, she explains.

"I watched again by myself with my boyfriend. I was like, 'Holy crap, this is a really good movie!' Oh my gosh. The talent, the cast — and the script was just so well done that I forget sometimes that is my movie," she said. "I was just captivated because Florence [Pugh] just did such an incredible job. Now I just keep forgetting it’s my story, this is so good even though I lived it."

Paige, born Saraya-Jade Bevis in Norwich, U.K., is particularly proud to be a role model for women in the film, because there aren't too many stories being told about female underdogs coming out on top, but she doesn't want her influence to be limited to those of her own gender.

"It comes at the perfect time because woman empowerment is a really strong message at the moment, and I love to be a part of that ... but this movie isn't just about women empowerment," she said. "It's just to empower anybody anyone that has a dream or anyone that doesn't feel like they belong or don't fit in that that’s their super power, that they can do anything they set the mind to. It's all about family — and even like my brother Zach's situation, you don't have to be in front of a camera to make history or be successful in what you do. He had a dream but he also has another one now you know?"

Paige was forced to retire due to injuries sustained in the ring in late 2017, but remains a personality for the WWE brand, and she's looking forward to an eventual female main event. In the meantime, though, she has other aspirations.

"I would love to keep doing onscreen stuff like more managerial roles or whatever. But also outside of WWE I would love to venture into other stuff like be the new female Dwayne [Johnson], I'd love to do that kind of stuff."

She's rooting extra hard for one WWE Diva in particular to take home the belt.

"I'm so proud of the women, like Becky Lynch — I'm hoping [she] is a part of the main event too. I've known her since I was like, 12 years old. We go way back. So seeing her be so successful and what she does and to be called 'the man' to like is just such an impressive feat, it’s so incredible. I love it. About time."