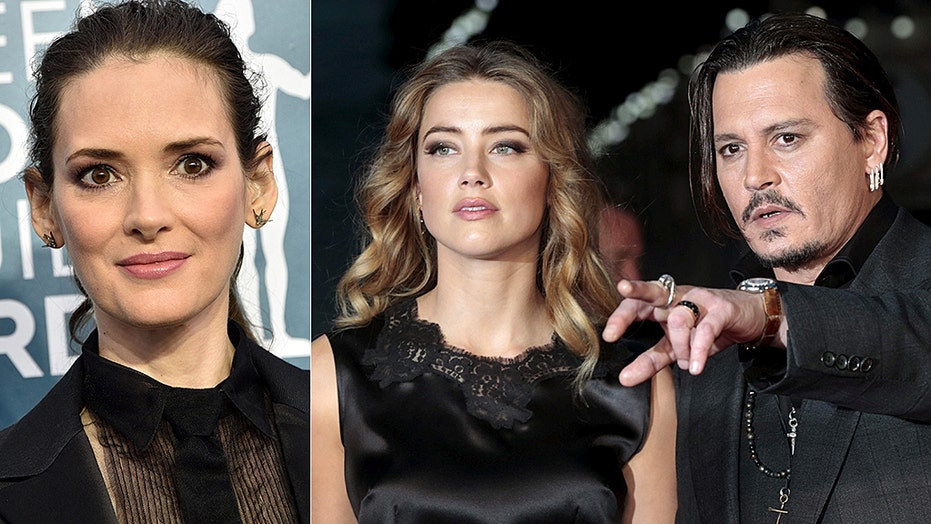 Winona Ryder has come to the defense of her ex-fiance Johnny Depp.

The actor, 56, filed a $50 million defamation suit in March 2019 against ex-wife Amber Heard after she wrote an op-ed in The Washington Post in December 2018.

Ryder, 48, said she found the domestic violence and abuse allegations against Depp "impossible to believe" and that the "Pirates of the Caribbean" star, 56, was not a violent person.

"I do not want to call anyone a liar but from my experience of Johnny, it is impossible to believe that such horrific allegations are true," she said in legal documents obtained by The Blast.

"I find it extremely upsetting knowing him as I do," the "Stranger Things" star continued.

In the essay, Heard made claims that she was verbally and physically abused by Depp during their two-year marriage. They finalized their divorce in January 2017 with Depp paying Heard a $7 million settlement which she donated to charity.

Adam Waldman, an attorney for Depp, told Fox News on Friday that Heard had been looking into Ryder in an effort to substantiate her claims against the actor.

"To support her abuse hoax against Johnny Depp, Amber Heard filed court documents seeking information about Winona Ryder. Now she has her answer," Waldman said in a statement.

The "Aquaman" star filed a restraining order against Depp, which was dropped as part of the settlement.

"I obviously was not there during his marriage to Amber, but, from my experience, which was so wildly different, I was absolutely shocked, confused and upset when I heard the accusations against him," Ryder explained.

She went on to describe her own relationship with her "Edward Scissorhands" co-star, saying: "I knew Johnny very well years ago. We were together as a couple for four years, and I counted him as my best friend, and as close to me as family. I count our relationship as one of the more significant relationships of my life. I understand that it is very important that I speak from my own experience.

"I truly and honestly only know him as a really good man -- an incredibly loving, extremely caring guy who was so very protective of me and the people that he loves, and I felt so very, very safe with him," she added.

Reps for Ryder and Heard did not immediately return Fox News' request for comment.