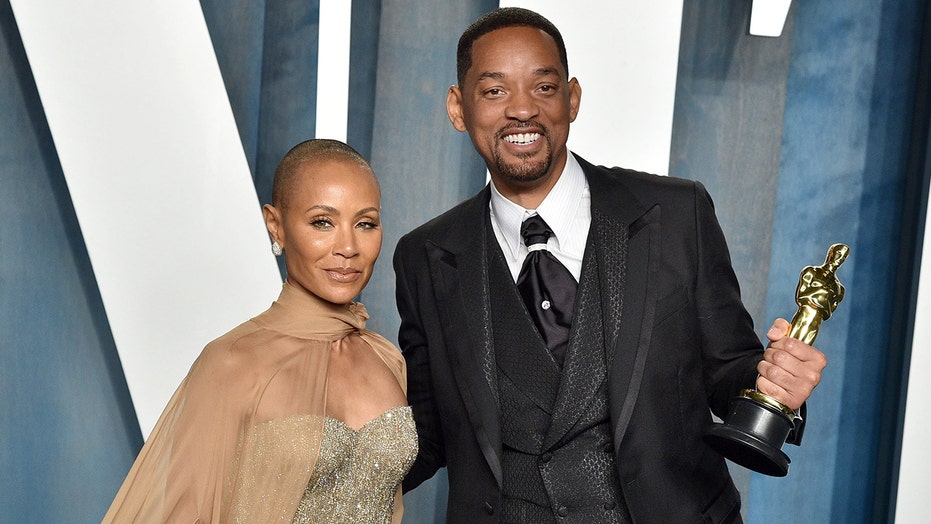 Will Smith joked about his plans to choose "chaos" at the Oscars before he slapped Chris Rock on stage.

On Sunday, the actor posted a video of himself posing with his wife Jada Pinkett Smith in their outfits as they prepared for the televised ceremony.

"Me ‘n @jadapinkettsmith got all dressed up to choose chaos," Will Smith captioned the clip.

The pair was spotted sharing a sweet embrace in their couture before making a series of aggressive facial expressions at the camera. The video also included a robotic voiceover that said: "Good morning everyone. God has let me live another day – and I am about to make it everyone’s problem."

WILL SMITH, CHRIS ROCK OSCARS FEUD MAY HAVE STARTED IN 2016

Pinkett Smith also took to her Instagram page and shared a series of glamour shots leading up to the big night.

"Eyes on the prize," she wrote.

Drama between Smith and Rock unfolded during the ceremony when the "Saturday Night Live" alum poked fun at Pinkett Smith’s appearance.

Jada Pinkett Smith was the subject of Chris Rock's joke during the Oscars on Sunday night. (Photo by Rich Fury/VF22/Getty Images for Vanity Fair)

Pinkett Smith revealed in 2018 that she was diagnosed with alopecia, and has often discussed the challenges of hair loss on Instagram and other social media platforms.

Smith walked onto the stage from his front-row seat and took a swing at Rock with an open palm, generating a loud smack. Smith walked back to his seat and shouted for Rock to leave Pinkett Smith alone. Rock replied that he was just making a "G.I. Jane" joke – and Smith yelled back at him a second time.

Will Smith hits Chris Rock on stage at the Oscars on Sunday, March 27, 2022, at the Dolby Theatre in Los Angeles. (AP Photo/Chris Pizzello)

Smith shared what Washington told him: "At your highest moment, be careful because that’s when the devil comes for you."

Will Smith and Jada Pinkett Smith at the Oscars on Sunday, March 27, 2022, at the Dolby Theatre in Los Angeles. (AP)

Smith went on to win his first Academy Award. However, the confrontation overshadowed his milestone. He was previously nominated twice for best actor, for his role in "Ali" in 2002 and "The Pursuit of Happyness" in 2007. In those films, he portrayed real-life characters: Boxing legend Muhammad Ali and Chris Garner, a homeless salesman.

This time, Smith won against formidable competition, including Andrew Garfield, Javier Bardem, Benedict Cumberbatch and Denzel Washington – who won his first and only best actor Oscar award in 2002 over Smith for "Training Day."

Two hours after the incident, The Academy issued a statement urging that the focus be on the winners of the evening.