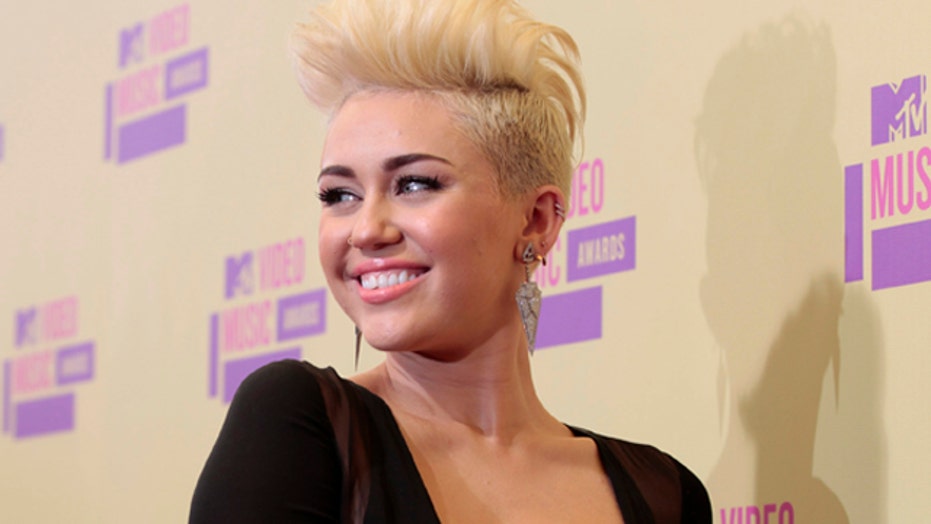 “We went for Miley for a variety of reasons. First and foremost the Hot 100 over the last few years, actually specifically the last two years, we’ve actually had voting online and so we’ve put a bunch of women we think would be contenders on Maxim.com and we just have our readers go online and vote," Carone said. "Miley just annihilated."

Carone said Miley's vote-in landslide was due to a series of factors.

“The voting for her was absolutely tremendous, and then it doesn’t hurt she’s extremely cute. She’s young and she has her whole career ahead of her and I think really the thing with Miley that we love so much is she’s a global, international force," he said. "Like she’s the kind of person who cuts her hair and it’s literally news in Japan and India. Everyone is fascinated by her love life. We’ve grown up with her. We’ve seen her turn from kind of a young girl into this beautiful woman and we really can’t get ‘Party in the U.S.A’ out of our heads.”

Miley was so excited to be number one spot, she Instagramed to the world five days before Maxim officially announced the news, “I’m so happy to be #1 on Maxim’s HOT 100.”  Although she stole some of Maxim's thunder, Carone said Maxim was happy Miley was so enthusiast about her win

“Well it’s sort of the thing that we’re happy that people are excited about it and we’re happy specifically that she’s excited. You know the fact is she wouldn’t have done it if she didn’t care," Carone said. "A lot of times especially when you have people at this level you always wonder if maybe their handlers do everything. Michael Jackson in some weird room, in some corner where people feed them meals, nothing really happens. But Miley is a real living breathing woman, and she got excited. We named her the hottest woman in the entire world so we can’t really blame her. She got a little overzealous.”