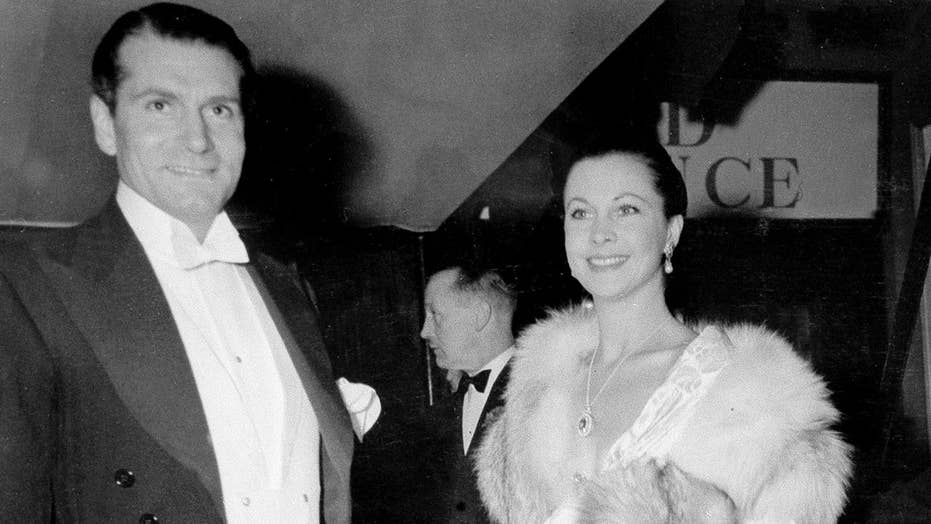 Vivien Leigh believed 'Gone With the Wind' would flop

Fox411: Newly obtained letters reveal Vivien Leigh may have initially believed the 'Gone With the Wind' was going to be a major disaster in theaters thanks to her husband, Laurence Olivier.

Vivien Leigh is still celebrated today as Southern belle Scarlett O’Hara in 1939’s “Gone with the Wind”, but the actress may have initially believed the hit film was going to be a major disaster in theaters thanks to her husband.

The Hollywood Reporter, which obtained letters between the star and her husband, actor Laurence Olivier, reported Thursday she was worried her career would not survive after the film premiered.

“You have got to justify yourself in the next two or 3 films (or even 2 or 3 years) by proving that the presumable failure of Gone W.T.W. was not your fault and you can only do that by being really good in the following parts,” wrote Olivier to Leigh. “To make a success of your career in pictures [is] ESSENTIAL for your self respect, and our ultimate happiness therefore. … If you don’t, I am afraid you may become just — well boring.”

Olivier was wrong. Back in 2010, Entertainment Weekly reported the romantic drama was not only a blockbuster hit, but it has earned $1.5 billion in today’s dollars.

However, Leigh wouldn’t be able to completely enjoy her success. The Hollywood Reporter added Olivier started noticing early signs of her mental illness in 1937. While accompanying him in Denmark for a theatrical production of “Hamlet,” she reportedly verbally attacked him but couldn’t recall the incident the next day.

Two years later, while filming “Gone with the Wind” her Hollywood secretary Sunny Lash wrote to Olivier, “Several times I thought she really was going mad. She warned me once that someday she would and I was beginning to believe that time has come.”

Leigh was reportedly diagnosed as manic-depressive as her behavior grew more erratic. The Hollywood Reporter claimed she was once found wandering naked in the public gardens outside the couple’s London apartment.

She would then experience a breakdown in 1953 while filming “Elephant Walk” in Sri Lanka, prompting producers to ask Olivier for help. When the cast relocated to Los Angeles, Leigh experienced “shivering fits” and “foulmouthed tirades.”

Two friends reportedly attempted to calm her down, but a nurse eventually needed to inject her with a tranquilizer. Leigh was fired from the movie and replaced by Elizabeth Taylor.

Olivier immersed himself in work, presumably to cope with his wife’s illness. And despite their love for each other, the union wouldn’t last. The couple agreed to divorce in 1960.

Leigh died in 1967 at age 53 from tuberculosis. She reportedly kept a photo of her ex-husband by her beside table.

Olivier may have faced guilt over the relationship’s collapse.

“Oh God Vivling, how I do pray that you will find happiness and contentment now[.]” he wrote in a letter after their breakup before her death. “I pray constantly that I may take you off from you some of your unhappiness onto myself and I must say it seems to work from this end as your unhappiness is a torment to me; and the thought of it a constant nightmare. Perhaps [perhaps] now it may be allowed to gently lift off and blow softly away.”