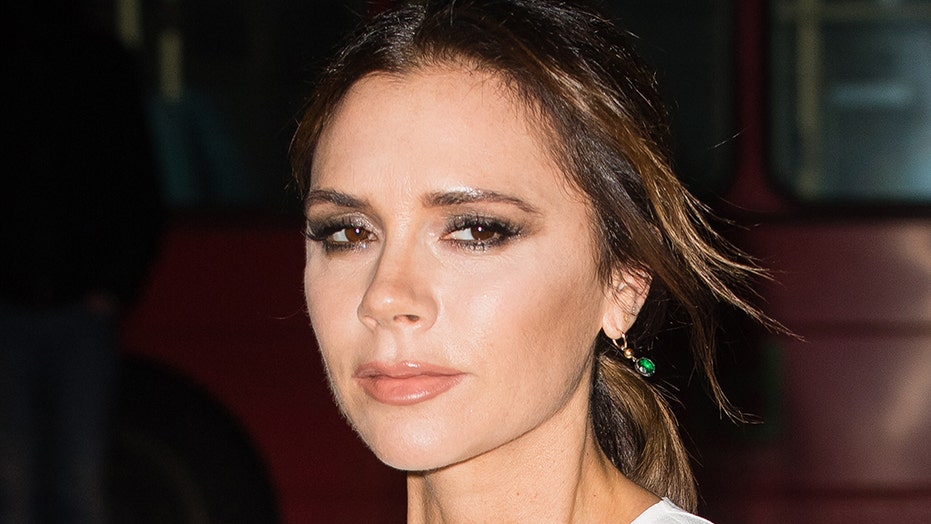 Victoria Beckham says she's embracing her age, and the former Spice Girl — known for smoldering stare — has accepted who she is, wrinkles and all.

Beckham, a mother-of-four and wife to soccer star, David Beckham, said, "There’s something really liberating about embracing who I am at 45 years old and owning it, feeling confident, feeling content."

"I want to spread the word that everybody should feel like the best version of themselves," she told Glamour UK. "To look after what you have. I want to tell people to own who you are. Yes, we — and I — have wrinkles, and that’s OK!"

“It’s not about getting up on stage and singing and dancing anymore. My creative outlet is creating clothing and beauty that will empower other women,” she said.

Beckham launched her line, Victoria Beckham Beauty, on Saturday. She told Glamour she thinks "people want to see pictures that are real" when asked about her relationship with retouching images using Photoshop — which she said has blurred "what's real and what's not."

"When I was going through the imagery with the team, it wasn’t about perfectly retouching things. I also hate seeing the words ‘ anti-aging’ and ‘anti-wrinkle’ [on products] — what is that about? It should just be about having the best skin you can have," she said. According to Glamour, her wrinkles in shots of her featured on the beauty line have not been edited.

“I want to be honest. In the past, I’ve probably hidden behind my armor — the not smiling publicly, for instance," Beckham said. "There’s less of that now."