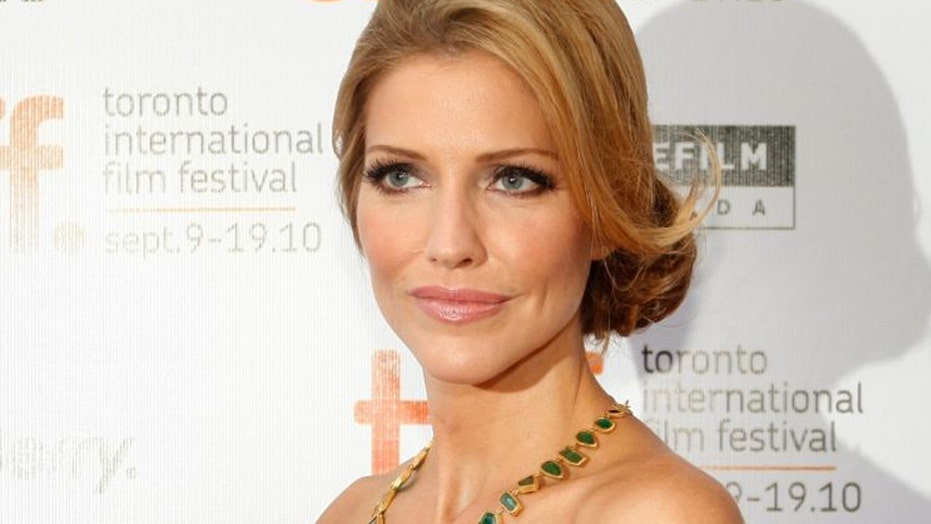 Tricia Helfer is literally the mother from hell when the "Battlestar Galactica" alum joins the cast of FOX's "Lucifer" for its second season and comes to earth in search of her devilish son to try to fix their strained relationship.

"People are expecting her to come in and be hell on wheels, but, in reality, she is a mom who loves her sons, so there are a lot of comedic elements and heartfelt moments," says Helfer, who feels that the devil is not the devil to his 'Mum.' "We're talking about celestial beings here, yet at the same time, we're taking it down to a very base level of any family, and every family has its dysfunction."

Of course, having his mother in town changes the stakes for Lucifer (Tom Ellis) because even the fallen angel acts differently when his mother is around. Adding to the confusion, at least initially, is the fact that Mum has chosen to appear in a body that is close in age to Lucifer's and very shapely -- and we know his penchant for hot women.

"I certainly posed that question myself on how I could be relatively the same age, but it's revealed very quickly in the episodes, and it certainly adds a comedic element," says Helfer, whose character doesn't immediately reveal her true identity to Lucifer. She waits until she gets the answer to a couple of her questions.

"'Luther' is a sexy, irreverent show about a devil coming to Los Angeles and finding a lot of his own humanity," she says. "Back when I did 'Battlestar Galactica,' the Cylons weren't just the evil side and the humans were the good side. There started to be a lot of blending. With these characters, Amenadiel is starting to find more of his own humanity by being on earth longer, and Mum, who does not like humanity at all when you first meet her, is going to learn some things and possibly alter her version of what's going on."

Helfer's introduction to sci-fi and fantasy shows didn't come from watching TV when she was a child, but she since has come to enjoy them and the stories they can tell.

She actually was raised on a farm with no TV, and she says they wouldn't have had time to watch anyway because they worked hard, "fixing farm machinery and driving tractors." Her introduction to the world of sci-fi came with movies, especially "Star Trek" and "Star Wars."

"Those were the movies that we would actually make the long trek to the movie theater to go see," she recalls. "I think it's an exciting genre and a genre in which you can have a lot of wonderment and what if. You can pose questions about humanity and about survival and things like that, but also have fun doing it."

"Lucifer" premieres its second season on Monday, Sept. 19 on FOX.