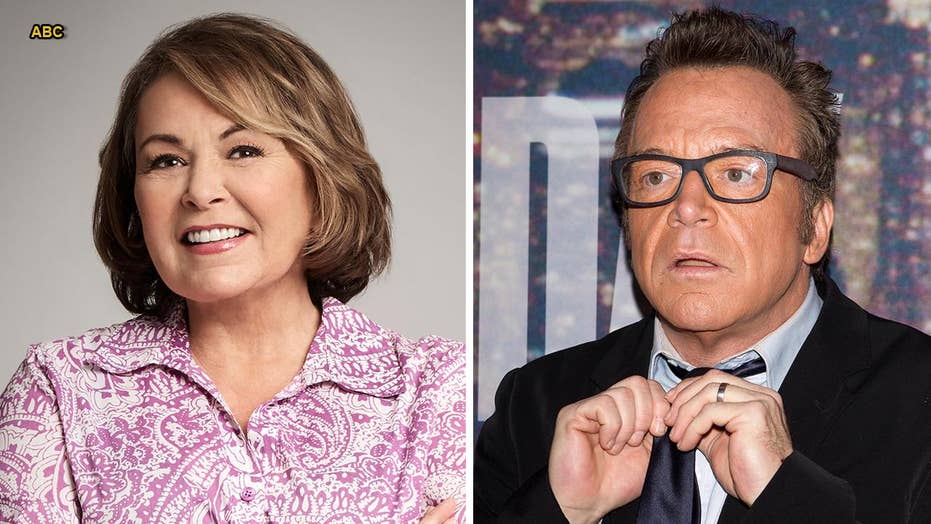 Tom Arnold is demanding his ex-wife Roseanne Barr, and ABC which airs her TV show 'Roseanne,' apologize for promoting what he calls 'insane' conspiracy theories.

Last week, Barr made headlines for getting into a heated debate with writer Jared Yates Sexton over an article he wrote about the show’s pro-Trump plots.

She also turned heads for a tweet claiming Trump "has freed so many children held in bondage to pimps all over this world…" She has since deleted the controversial post.

And Arnold thinks Barr, and ABC, which airs her TV show "Roseanne," need to apologize for Barr's "insane" conspiracies. 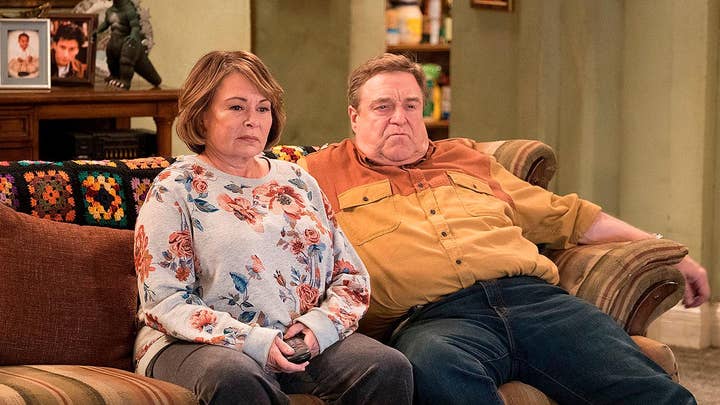 He added that if someone else had said what Barr did they "would have been fired."

"Roseanne buys into this insanity, that's what's scary about somebody like Roseanne, she has millions of people listening to her saying Hillary Clinton is a murderer...the show, the 'Roseanne' show, that's fine. It is different than what I used to be on it. But her doing that is nonsense."

Arnold and Barr were married from 1990 to 1994. Arnold also appeared on the original "Roseanne" series.

"I watched [the 'Roseanne' reboot]," Arnold said while laughing. "I mean it's uh, it's fine...I watched the pilot...You know, the show is one thing, the person is...she's gotta settle down."

The typically liberal ABC brought back “Roseanne” after a 20-year hiatus to a massive audience, with a 5.1 rating in the key demo of adults age 18-49 and 18.1 million viewers, according to The Hollywood Reporter.

The show, starring a pro-Trump title character, was “the highest-rated regularly-scheduled scripted show of the last few seasons, as well as the highest-rated sitcom in recent memory,” according to The Hollywood Reporter.

The trade magazine wrote that “Roseanne” dominated every other program on broadcast television for its two-part premiere, which aired on March 27.