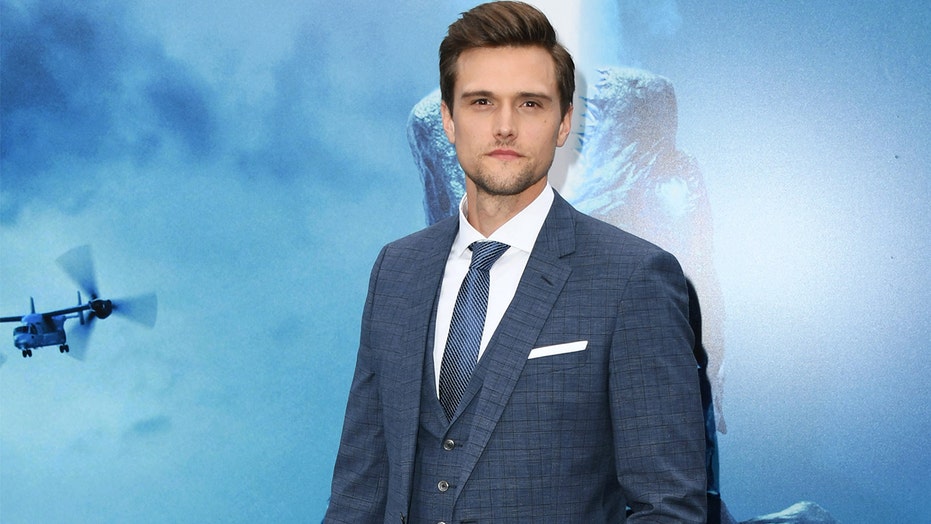 Hartley Sawyer, an actor on the popular CW superhero series “The Flash,” has been fired after a slew of tweets, showing references to racist rhetoric and misogynistic statements, were unearthed on Twitter over the weekend.

“Hartley Sawyer will not be returning for Season 7 of The Flash,” The CW, producers Warner Bros. TV and Berlanti Productions, and executive producer Eric Wallace said in a statement to Fox News on Monday. “In regards to Mr. Sawyer’s posts on social media, we do not tolerate derogatory remarks that target any race, ethnicity, national origin, gender, or sexual orientation.

“Such remarks are antithetical to our values and polices, which strive and evolve to promote a safe, inclusive and productive environment for our workforce,” the statement concludes.

Hartley Sawyer attends the Premiere Of Warner Bros. Pictures And Legendary Pictures' 'Godzilla: King Of The Monsters' at TCL Chinese Theatre on May 18, 2019, in Hollywood, Calif.  (Jon Kopaloff/FilmMagic via Getty Images)

In a bevy of tweets -- resurfaced by social media users -- some of which date back to 2012 and span a couple of years into 2014, the now 35-year-old tweeted: “The only thing keeping me from doing mildly racist tweets is the knowledge that Al Sharpton would never stop complaining about me.”

Another tweet read, “If I had a wife I would beat the hell out of her tonight lol,” and Sawyer also tweeted back in 2012, “Dozing off on my couch like a child molester/my brother.”

After the callous tweets surfaced, Hartley issued an apology to Instagram saying that his words were meant to be taken lightly and “with an intent of humor.”

“I’m not here to make excuses – regardless of the intention, my words matter and they carry profound consequences,” Sawyer began his apology.

He continued: “And mine can have and have caused pain and embarrassment, along with feelings I can only imagine, to supporters and fans, my cast mates, the crew my colleagues and friends. I owe them all an apology. And I owe each of you an apology. Thank you for holding me accountable.”

“My words, irrelevant of being meant with an intent of humor, were hurtful, and unacceptable,” Hartley’s apology went on in the caption. “I am ashamed I was capable of these really horrible attempts to get attention at that time. I regret them deeply.”

Hartley, who joined the series in 2017 as Ralph Dibney and “Elongated Man,” pressed on in his lengthy admission of regret and added that he was “ashamed and disappointed” of his past “ignorance.”

“This was not acceptable behavior. These were words I threw out at the time with no thought or recognition of the harm my words could do, and now have done today,” he wrote. “I am incredibly sorry, ashamed and disappointed in myself for my ignorance back then. I want to be very clear: this is not reflective of what I think or who I am now.”

He said that over the years he has since grown in his maturity and become a more “responsible adult.”

“Years ago, thanks to friends and experiences who helped me to open my eyes, I began my journey into becoming a more responsible adult - in terms of what I say, what I do, and beyond,” he said. “I've largely kept that journey private, and this is another way that I have let so many down. I still have more work to do.

“But how I define myself now does not take away the impact of my words, or my responsibility for them,” Sawyer concluded. “I am very sorry.”

"The Flash" showrunner Eric Wallace also tweeted a statement on Monday, stating that the tweets Sawyer wrote: “broke my heart and made me mad as hell." Wallace added that the tweets are "indicative of the larger problem in our country."

He went on to say that: “I, too, am committed to bringing permanent change to the work environment here on THE FLASH. … I will continue to find Black and Brown writers, directors, actors and producers of all genders to help tell FLASH stories. Their stories are part of the American narrative, too, and must be heard. And the more you hear and see us, the more you will begin to recognize one simple fact: We’re human beings, too.”