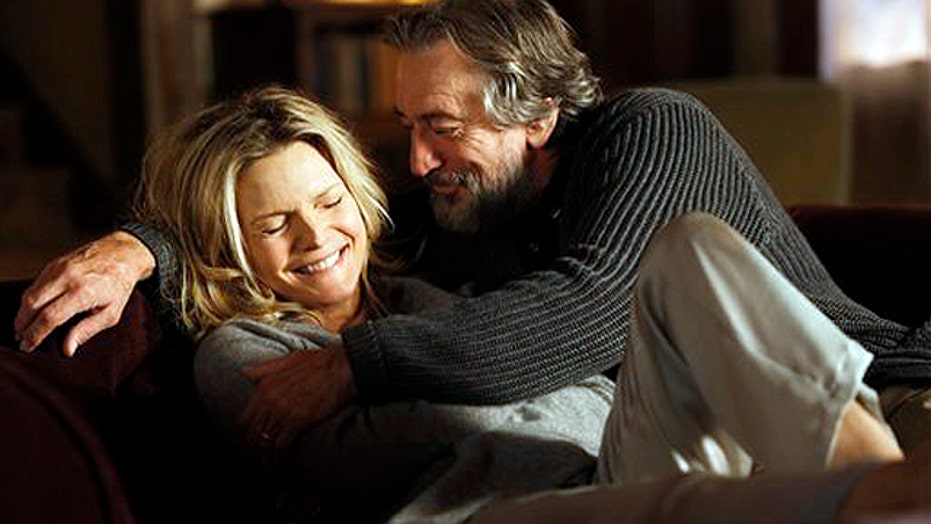 “The Family,” starring Robert De Niro and Michelle Pfeiffer, is moving in to your local theater this weekend. The action-comedy puts a twist on the classic gangster movie with De Niro starring as an ex-mob boss in witness protection along with his wife and kids. The tight-knit Brooklyn bunch relocate to a small town in France where they are forced to attempt to blend in. Of course, old habits return. And so do old enemies.

We sat down with the stars, and they said while they’ve been in the same movie before, they’ve never shared the screen until now. Pfeiffer told De Niro it’s not like she hasn’t been trying.

"I actually auditioned for Raging Bull, that was when I very first met you… did I ever tell you that?” Pfeiffer divulged.

De Niro surprisingly said she had not.

“It was my very first interview ever, and my agent just sent me on it," she said. "It was like go have an experience, never thinking I would ever get the part , which of course I didn't. But I always dreamed of working with him, so I was just very excited."

She wasn’t the only one. Dianna Agron and John D’Leo, who play their kids, both brushed up on De Niro classics as part of their preparation for the film.

“I’ve seen almost everything," Agron told Fox 411. "I re-watched The Deer Hunter the other day and that movie is unbelievable."  D’Leo had a full list as well: “Casino, Goodfellas, The Godfather: Part II, I could go on and on and on..."

De Niro explained why the gangster genre is so regularly revisited on screen.

"It's like the Westerns. It's part of American folklore," he said. "Gangster movies, they go outside the limits the normal limits parameters of everyday living society so that makes them more interesting to watch and if you see it done in a real way it's very interesting.  It can also be done in more of a fantasy way, another way of doing it."

See more of our interviews with “The Family” on Fox411.com and check out our preview in this week’s Fox 411 Big Screen.