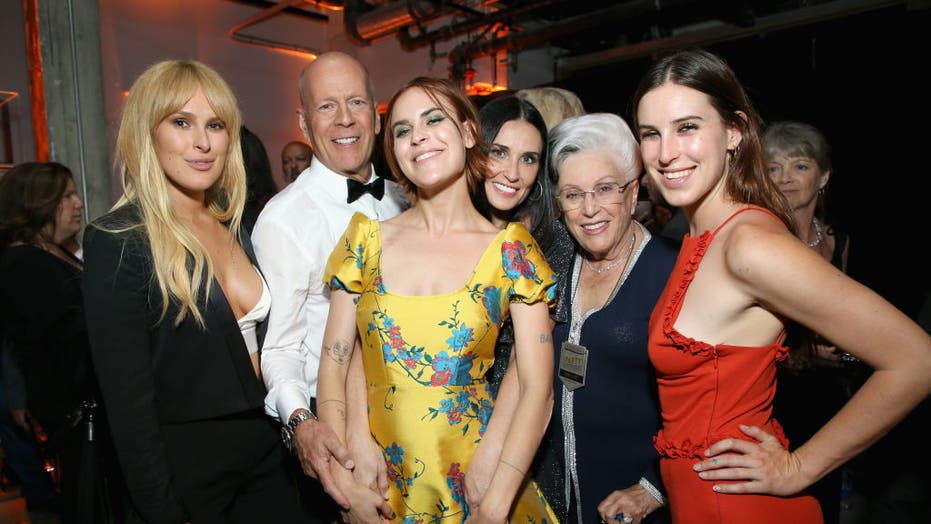 Tallulah Willis is channeling her inner Demi Moore with a stunning tribute to her mother’s hairstyle.

The daughter of Moore and Bruce Willis took to Instagram earlier this week  to show off her new hairdo, which was inspired by her mom’s role in “Ghost.”

The post features Willis in a mirror selfie rocking a green sweater, blue patterned bottoms and a multitude of wristbands.

Alongside Willis’ mirror selfie in the post were photos of Moore from “Ghost” that show off the nearly-identical look between the mother-and-daughter duo.

Fans greeted Willis with a warm reception to her new look.

“I thought you were your mamma. Love it,” one user wrote.

Actress Selma Blair even chimed in, saying the new look was, “So chic.”

On an episode of “Red Table Talk” in early November, Tallulah opened up about her relationship with Moore.

On growing up with Moore, Tallulah noted that she “felt like [Moore] made a choice to hold back certain things, like sharing about her past.” “I think it always made me feel very far away from her.

“And [it] always made me feel like I didn’t know her very well. I knew she had a career, she met my dad, she grew up in New Mexico, but it was like that was it,” Tallulah continued.

Tallulah also spoke about being intimidated by her mom growing up.

“I don’t think my mom was raised, she was forged.”