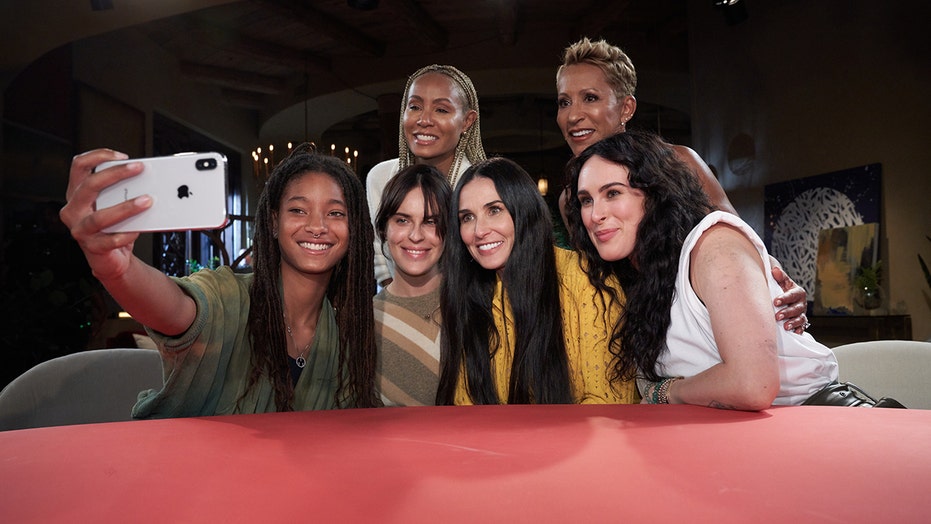 Tallulah Willis revealed she was intimidated by mother, Demi Moore, growing up.

The conversation revolved around Moore’s new memoir, “Inside Out.” Tallulah said she never realized she had so much in common with her mother until reading the book.

On growing up with Moore, Tallulah noted that she “felt like [Moore] made a choice to hold back certain things, like sharing about her past.” “I think it always made me feel very far away from her.”

“And [it] always made me feel like I didn’t know her very well. I knew she had a career, she met my dad, she grew up in New Mexico, but it was like that was it,” Tallulah continued.

Tallulah also spoke on being intimidated by her mom growing up. “I don’t think my mom was raised, she was forged.”

“You know, like, she was made. And the strength that comes from that is intimidating, and it’s scary,” she confessed.

Although Tallulah expressed fear over her mother’s strength, she noted that she has nothing but love for Moore.

“I think she was this larger than life being, and she was — I mean, I’m completely obsessed with her. Like I love her more than anything.”

In the same episode, the trio also discussed Moore’s drug-induced seizure from 2012.

"I inhaled some nitrous, I smoked a little spice, which is like man-made pot. It's not like I went wild and overdosed,” Moore said. “I just had a weird reaction, a seizure, which is apparently not that uncommon when people do nitrous or 'whip-its,' the DIY version of the laughing gas you get at the dentist's office... I scared Rumer so badly when she saw me there, semiconscious on the floor; she thought I might die in front of her."

“I had no idea what was going on, she had been sober my entire childhood,” Tallulah added. “And then she drank and then I just knew that I was scared and that she was unsafe and there were many years of saying she was sober and she wasn't and we couldn't trust it. And all of the adults around us, in an effort to protect us, were protecting her. So if she wasn't sober, they would tell her she was."