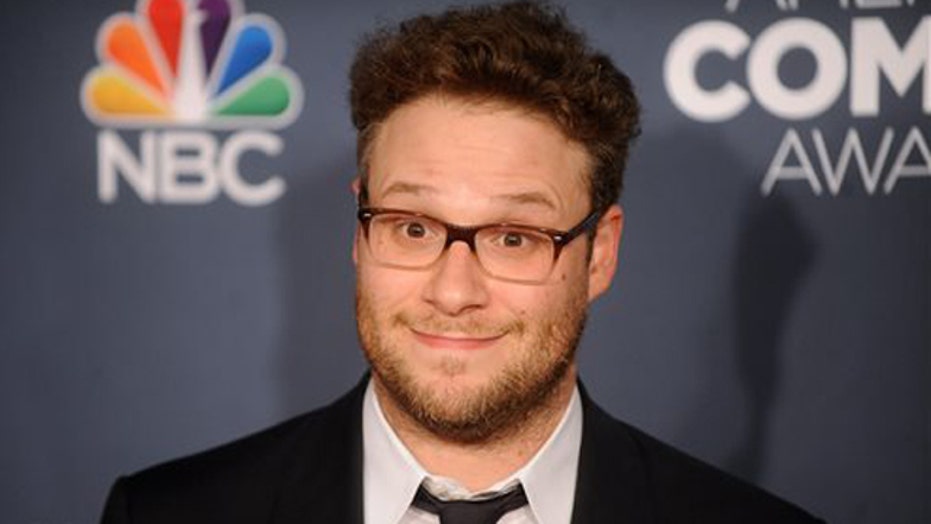 Seth Rogen has revealed some behind the scenes secrets from his hit movie "Superbad," which was released 10 years ago today.

Rogen and his best friend Evan Goldberg started writing the movie when they were just 14 years old.

To celebrate the film’s anniversary, Rogen took to Twitter to reveal some little known facts about the movie:

• “Almost all the names in 'Superbad' are people we went to high school with and lots of the stuff in the movie really happened to us.”

• “The period blood on the leg scene in 'Superbad' actually happened to my friend at a high school dance and we discovered it after the dance.”

• “During the MPAA [The Motion Picture Association of America] screenings of Superbad they said we were the first movie to say ‘fingerf--k’.”

• “The end house party in 'Superbad' was filmed about half a block from the OJ murder house.”

• “My mother came up with the joke that McLovin gets arrested for statutory rape at the end of 'Superbad.'”

• “My good friend @mrDaveKrumholtz came up with the title 'Superbad' while we were smoking weed at the oakwood.”

• “Danny McBride is an extra in the background of the first party scene in 'Superbad.'”

• “Just like in 'Superbad,' Mike Snider actually was the first guy to get a fake ID and it was awesome.”

• “I wrote it with my best friend in high school and we still write together. It’s lovely.”

This article first appeared on news.com.au.