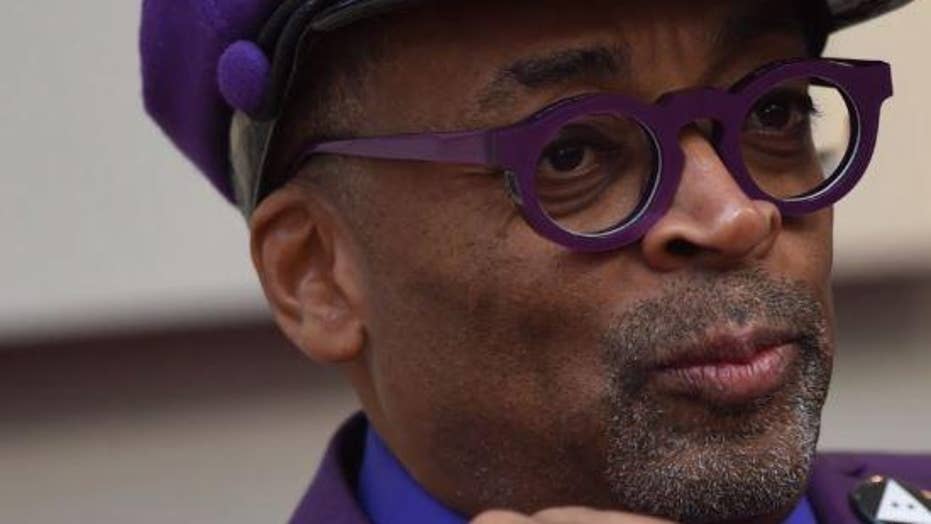 Filmmaker Spike Lee mocked President Trump and said his reelection would mean the “world is in peril” on Monday's "Tonight Show," as host Jimmy Fallon appeared to agree.

“People are gonna come out to vote and say, ‘Hell no to Agent Orange,” Lee said, referring to President Trump as “Agent Orange.”

“That’s my hope, that’s my prayer, and our president, President Obama… has said that this upcoming presidential election is going to be the most important in the history of the United States of America. I’m going to take it a step further, from Barack, that this presidential election will be the most important election in the history of the modern world,” Lee said. “This is my opinion, [Trump] gets elected the world is in peril.”

“They had to talk him down from siccing national armed forces on peaceful Americans, it’s like this guy has never even heard the Constitution of the United States of America,” Lee said. “Things are bananas now.”

Fallon nodded in agreement saying, “It feels like every move is more shocking than the next move.”

“Someone has to talk to somebody and say, ‘Hey, what you’re putting out there is not working,’” Fallon said.

Lee then said that sometimes Trump should “just be quiet,” and Fallon agreed.