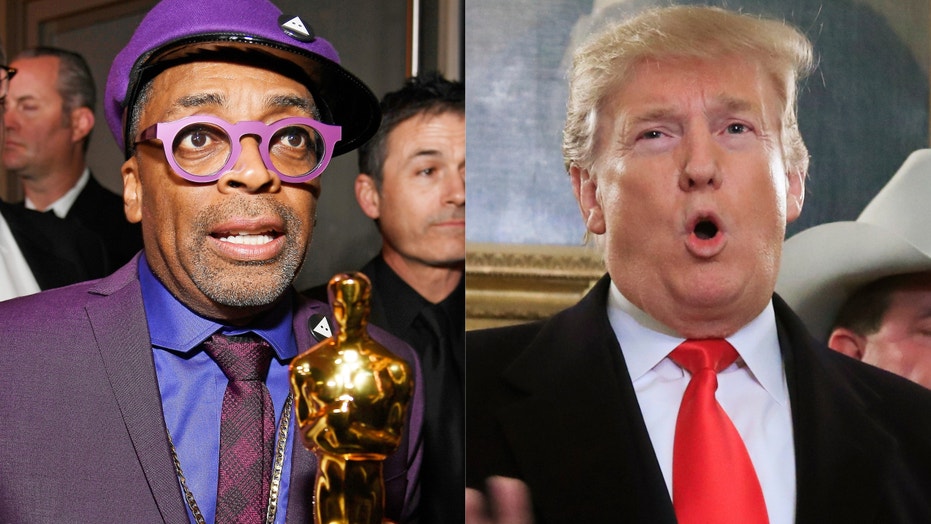 Spike Lee is utilizing his right to free speech by denouncing those who support President Donald Trump.

The Oscar-winning filmmaker took to his Instagram on Monday to admonish a group of publicly outspoken supporters of Trump who prayed inside the nation’s White House.

“Massa, We Love You, Massa. We Gonna Pray Fo’ You Massa”. Singing - “Swing Low, Sweet Chariot” the "BlacKkKlansman" director wrote alongside an image taken last Thursday that shows the likes of Lynette Hardaway and Rochelle Richardson, also known as “Diamond and Silk,” comedian Terrence Williams and a number of others with their hands placed on Trump’s shoulders.

During the event, Trump spoke out in support of the black community “in every field, every generation and every calling,” adding that “African-Americans have lifted up our nation to new heights — and, like all citizens, you are entitled to a government that puts your needs, your interests, and your families first.”

Trump has seen a stout bump in support among the black community with a recent survey determining the president’s favor had risen by 50 percent, largely due to the fact many black voters have grown unhappy with the Democratic party.

Despite the reported increasing support for Trump from the black community, Lee’s outspoken remarks were responded to by many in agreement but also a great deal who took umbrage with his approach.

“Just can’t accept the fact that there’s black people who support trump,” one of Lee’s followers commented in response to the post. “Lee loses his mind anytime another black person wanders off the plantation,” wrote another.

Meanwhile, many in agreement with Lee jumped to his defense.

“When will we ever learn that tap dancing for massa has no value or brings nothing to our community,” said one commenter. “This picture is appalling in more ways than one. We need to unite on the front of getting this clown out of office Simple and plain!”