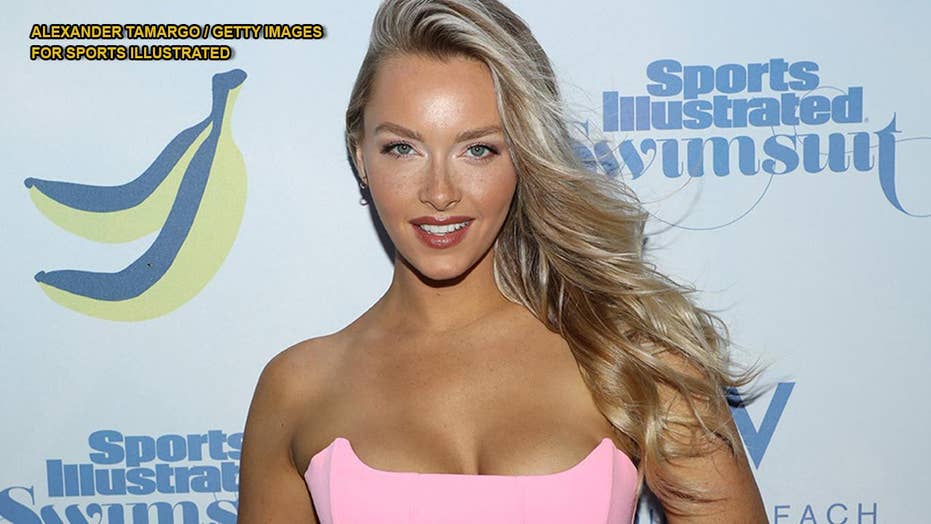 “It’s easy to get spiraled into our phones, the computer screens and read these comments about yourself in the comment sections of photos or articles,” the cover girl told Fox News. “And definitely in the modeling world, it’s heightened. The trolls come through even more. It can be super hard. You could have 900 people telling you that you look incredible, that you’re an inspiration. But you could have two people telling you something negative about your body or personality and that will bother you.”

“I just think that as much as we say sticks and stones may break my bones, but words will never hurt me — words do hurt,” continued the 27-year-old. “Hurtful words hurt people… [But] people who don’t know you also don’t define you. We already understand what like and what we don’t like about our bodies. We are already hard on ourselves. We don’t need people to try to tell us who we are.”

Kostek insisted that like anyone else, she has her own insecurities. But rather than responding to negative comments, she prefers to use her social media for a good cause, in hopes it will uplift someone who could use some much-needed encouragement.

“I always seek the time to talk to people who are reaching out for help because sometimes you just need that one person to tell you everything is going to be OK,” said Kostek. “And I like to share some of the things that I deal with… to remind people that I hear them too.”

The sought-after model shared that despite the fame she has achieved in modeling for Sports Illustrated Swimsuit, as well as having a supportive boyfriend like former football tight end Rob Gronkowski, her life is far from perfect.

“I have problems of my own and I have people trying to label me, label my life, trying to figure who I am,” she explained. “Just because it may seem like I am so confident, so happy all the time, there are times when I feel low. There are times when I want to curl up in a ball and not expose myself on social media anymore and just close it down because of the trolls… But, I will not let those people affect me.”

“I try to remind people that as soon as you get to a place where you fully accept yourself, wherever you are in your journey, you get to a point where these trolls don’t even affect you at all,” she continued. “The best advice I can give is to know yourself better than anyone else. You’re already hard enough on yourself. Don’t allow these people to affect you and don’t compare yourself to anyone else. That’s how I get through it.”

Kostek also shared that while she’s proud of her curves, she doesn’t feel pressure to look a certain way.

The star credited models like fellow Sports Illustrated cover girl Tyra Banks, as well as Ashley Graham and Kate Upton for proudly flaunting their shapes in front of cameras rather than force themselves to become a certain size.

“I feel like I’ve been trying to share that message as well,” said Kostek. “Love the journey that you’re on. If you’re not happy with something, take positive steps. I’m on the road a lot, so I’m always carrying resistance bands with me. I use them in hotels and even on Uber rides or in the plane… They’ve helped me stay toned and keep the muscles activated. I also love eating clean. Like for lunch, I’ll have a wrap with hummus, avocado, carrots, tomatoes, cucumbers and bell peppers with a little bit of olive oil and pink Himalayan salt… I believe everything can be enjoyed in moderation. I don’t believe in crash dieting.”

While Kostek enjoys a healthy lifestyle to look and feel good about herself, she also doesn’t mind occasionally indulging on the dishes she loves.

“I love penne alla vodka, something really heavy and creamy,” she shared. “I also love pizza in New York City.”

Back in 2018, Kostek told Fox News she’s always envisioned herself as a Sports Illustrated Swimsuit model and believes the magazine offers an empowering message for women.

The Connecticut native trained to cheer for the New England Patriots at age 19 and joined the squad at 20. She was one of 500 girls competing for 20 spots.

“It’s kind of tough to get noticed,” she admitted. “Sure, I can kick my leg over my head, but how do I get noticed? I remember designing my costume as close to their uniform as possible so they can envision me already a member of their team. It worked!”