Sports Illustrated named its coveted cover models for its swimsuit edition on Wednesday.

"@tyrabanks, @camillekostek and @alexmorgan13have landed the cover of #SISwim2019! 'The three women that make up the covers of the 2019 Sports Illustrated Swimsuit Issue represent the brand in the most powerful way possible,' @mj_daysaid. 'While each individual woman is so unique, they come together cohesively to tell a spectacular story,'" the magazine announced on Instagram.

This isn't the first time the former "America's Next Top Model" host has graced the cover of Sports Illustrated Swimsuit. Banks first appeared on its cover in 1996 and returned again in 1997.

Last year, she surprised model Danielle Herrington with the news that she made the magazine's cover in 2018. 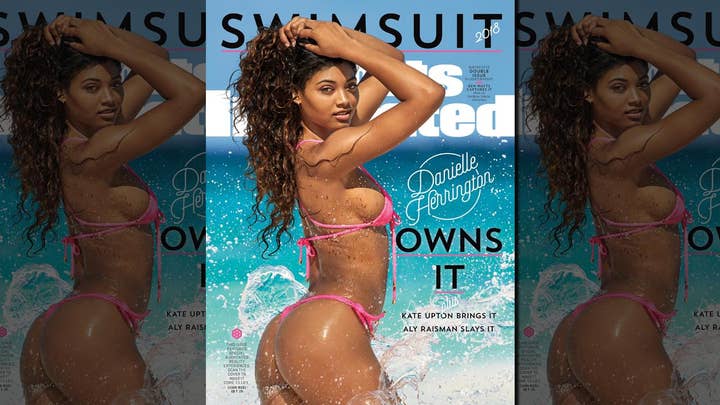 "Tyra Banks is the epitome of what we hope for all the women who are a part of Sports Illustrated Swimsuit," editor MJ Day said on the magazine's website. "What she has achieved so far in her career is extraordinary. She has parlayed a modeling career into [a] phenomenal success that spans multiple industries and resonates with people on a global scale. She has refused to be singularly defined and is constantly working to inspire everyone within her reach."

Back in March, Kostek, who is dating retired football player Rob Gronkowski, told Fox News she’s always envisioned herself as a Sports Illustrated Swimsuit model and believed the magazine offers an empowering message for women.

PAULINA PORIZKOVA, 54, ‘GULPED’ WHEN ASKED TO POSE FOR SPORTS ILLUSTRATED WITHOUT 'ANY RETOUCHING'

The magazine also shared on its Twitter account a video of its third cover model, Alex Morgan, being surprised with the news that she made the final cut.

"Just to be part of SI Swimsuit, I feel like empowered because I feel like I'm alongside so many incredible women," Morgan shares before finding out she's on the cover.

"This is the first shot of the day, so I was still getting the nerves out of me," she said when shown the picture that ultimately made the cover. "This picture just shows me how strong I am and how hard I've worked not necessarily to show off my body in any way, but I work every single day to compete on the highest stage in my sport and this just shows all the training and discipline and commitment and sacrifice."

She concluded: "I'm so excited to represent all of women's soccer on the cover of Sports Illustrated."