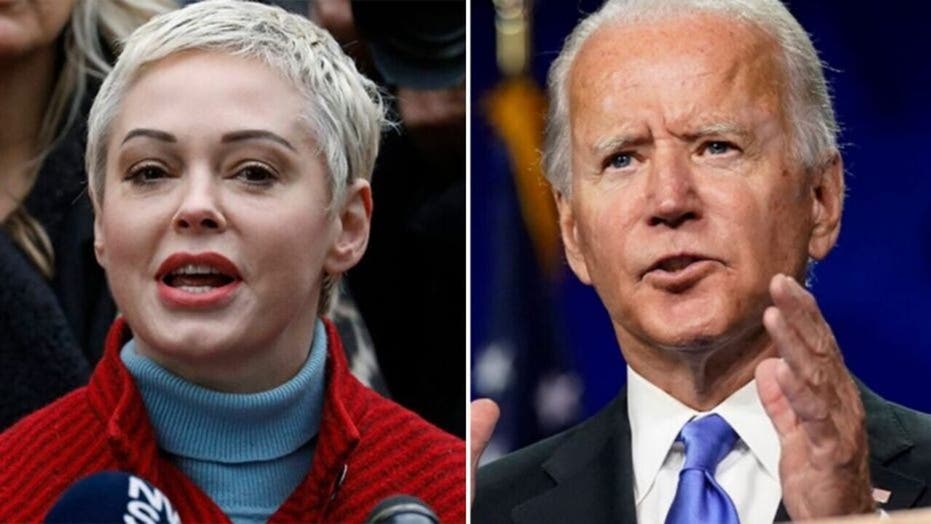 Actress/activist Rose McGowan and her former "Charmed" co-star Alyssa Milano had a nasty Twitter feud on Friday night, accusing her ex-castmate of stealing the #MeToo movement.

McGowan has been outspoken with her fierce condemnation of Joe Biden and the Democratic Party in various tweets amid this week's Democratic Convention, calling the candidate and the party "monsters" and "frauds."

"What have the Democrats done to solve ANYTHING?" McGowan asked late Thursday night. "Help the poor? No. Help Black & Brown people? No. Stop police brutality? No. Help single mothers? No. Help children? No. You have achieved nothing. NOTHING. Why did people vote Trump? Because of you motherf-----s."

That prompted Milano, an outspoken supporter of Biden's, to fact-check McGowan on "all the things the Democratic Party has done to make the world a better place," which included the 19th Amendment, The New Deal, the Voting Rights Act, and Biden's Violence Against Women Act.

"Ummm... did you conveniently forget only WHITE WOMEN got the right to vote? They betrayed all others," McGowan told Milano. "To quote Marilyn Manson, 'I was not born with enough middle fingers.'"

The "Planet Terror" star, who was one of the few celebrities who publicly supported Biden accuser Tara Reade, later followed with a series of blistering attacks against Milano.

"1) You stole #metoo (a brilliant communication tool, not a movement) from Tarana. You co-opted my movement, the Cultural Reset, for fame, jealous of me for outing my rapist. You made 250k per week on Charmed," McGowan wrote. "You threw a fit in front of the crew, yelling, ‘They don’t pay me enough to do this s---!’ Appalling behavior on the daily. I cried every time we got renewed because you made that set toxic AF. Now, get off my coattails you f---ing fraud."

The feud prompted the hashtag "#AlyssaMilanoIsALie" to trend on Twitter.

Reade also blasted Milano of being "complicit" and "enabling rape."

"And I will NEVER let you forget how you tried to erase me," Reade told the Democrat.

In April, the actress made headlines after posting a teary-eyed selfie along with a missive lamenting the Democratic establishment and the media following the fallout from the sex assault allegations against Biden.

She recounted a story about her younger brother’s Air Force Academy graduation, where she wore a “Vote John Kerry” pin and defended herself in a few arguments with "big men who were mad" about her party affiliation.

“I thought democracy meant…I had a right to choose those who lined up with my value system,” continued. “But what if there’s no one?”

McGowan also previously shined a light on her negative experience in Hollywood since the exposure of now-disgraced movie mogul and convicted rapist Harvey Weinstein. She previously accused Weinstein of rape and has since become a vocal critic of the industry.