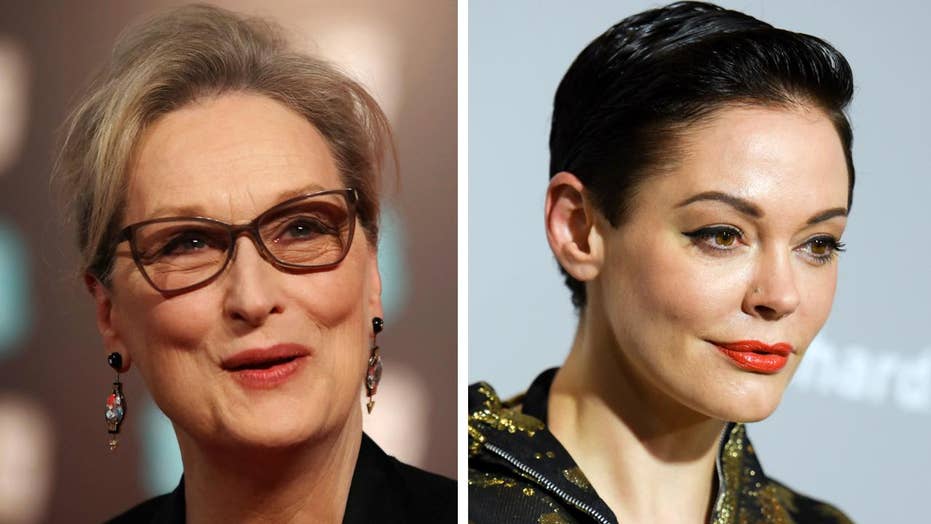 McGowan, Streep and others speak out on Harvey Weinstein

Meryl Streep, Rose McGowan, Ashley Judd and Mark Ruffalo are but a few celebrities speaking out against Harvey Weinstein in the wake of his firing due to allegations of sexual assault.

An arrest warrant was issued Monday for actress Rose McGowan for alleged felony possession of a controlled substance on a flight earlier this year, police said.

McGowan, who has been one of the leading voices against sexual harassment in Hollywood, faces a felony charge after police said an investigation revealed that her personal belongings left behind on a United flight back in January tested positive for narcotics.

McGowan claimed Monday in a tweet that the warrant was an attempt to “silence” her.

Police said they've attempted to contact McGowan so she can appear in a Loudoun County, Virginia, court. The warrant has been entered into a national law enforcement database.

McGowan tweeted earlier this month that she was raped by a man with the initials "HW." The Hollywood Reporter said McGowan confirmed she was referring to disgraced media mogul Harvey Weinstein.