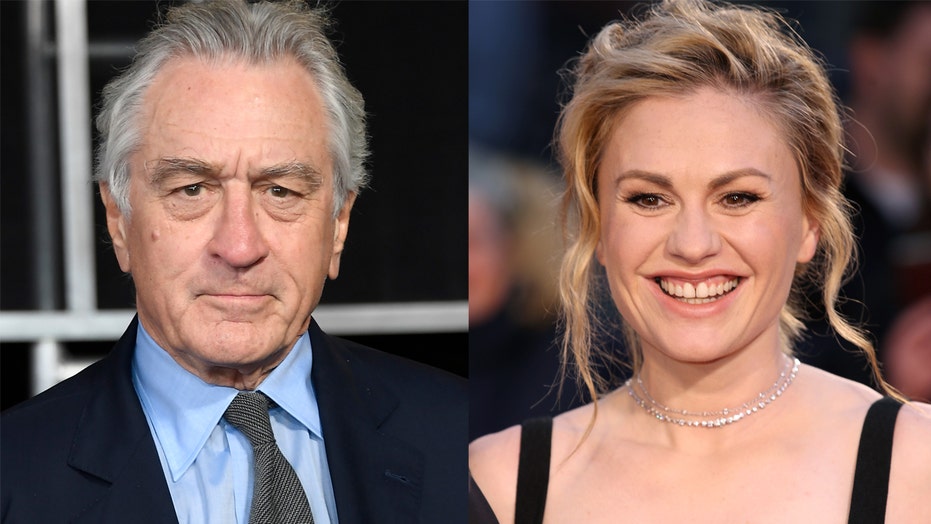 Robert De Niro is sharing his opinion on co-star Anna Paquin's small role in "The Irishman."

The film features Oscar-winner Anna Paquin, 37, as De Niro's daughter, who says only seven words in the 3-hour-and-29-minute drama.

"The Irishman" drew backlash from viewers, calling Paquin "underused" despite being the film's most prominent female character.

"The Irishman" tells the true story of Jimmy Hoffa's murder, after which Paquin's character, Peggy Sheeran, finally speaks to her father Frank.

"Why? Why?" Peggy asks Frank in the film.

"Why haven't you called Jo?" she says.

De Niro, 76, said he feels that Paquin's role was a perfect fit for the film.

"She was very powerful and that's what it was," De Niro told USA Today. "Maybe in other scenes, there could've been some interaction between Frank and her possibly, but that's how it was done. She's terrific and it resonates."

MARTIN SCORSESE ALMOST DIRECTED 'JOKER': 'I DIDN'T HAVE THE TIME FOR IT'

Rumors also circulated that Paquin was forced to take the role, but the actress took to Twitter to dispell the rumors.

"Nope, nobody was doing any 'ordering,'" she said. "I auditioned for the privilege of joining the incredible cast of @TheIrishmanFilm and I’m incredibly proud to get to be a part of this film."

Paquin won her Oscar for "The Piano" when she was only 11 years old, making her the second-youngest actor to ever win an Oscar. She also earned an Emmy nomination for her tole in "Bury My Heart at Wounded Knee."

"The Irishman," now streaming on Netflix," was directed by Martin Scorsese and also stars Al Pacino and Joe Pesci.