In this 1999 photo, actor Al Pacino, (L) star of the new film "The Insider", poses with girlfriend Beverly D'Angelo at the film's premiere in Beverly Hills. (Reuters)

Beverly D’Angelo has zero regrets having twins at age 49 with actor Al Pacino.

“I got pregnant at 48, delivered six weeks after I was 49, and by 51 I was looking at a landscape as a single parent,” the now 65-year-old actress told Closer Weekly.

While Pacino never married, the 77-year-old shares 16-year-old Anton and Olivia with D’Angelo.

“I had a fantasy that when you have kids, you do it in a family setting,” she explained. “After we’d known each other for three months, [Al] looked me in the eyes and said, ‘I want you to be the mother of my children.’ That’s all I had to hear.”

However, the duo faced a bitter custody battle in 2003 when the twins were two.

A spokesperson for the “National Lampoon’s Vacation” star told the New York Post at the time that Pacino was “a controlling, harassing man who has never changed a single diaper.” Pacino’s camp fired back that “Beverly continues to use the kids in a way that almost makes them hostages.”

Fortunately for the duo, they worked out their differences and are now friends.

“The key thing is creating a new history, and moving on from whatever dissolved that relationship to the new one of co-parenting,” she explained. “The most important thing I’ve learned is how vital acceptance is. We all have a desire to change things that we don’t like, but you can’t change another person. You have to accept differences and all the things that led to a breakup in a way that allows you to move forward. And out of my support system and people I know and love, I’ve created the ideal partner.”

While motherhood has kept D’Angelo busy, she’s ready to take on a new role — that of author.

“I should write a memoir,” she added. “I want to, and I’m ready to. And if you could take my life and put it into a role, that would be my dream role!”

The latest issue of Closer Weekly is currently on newsstands. 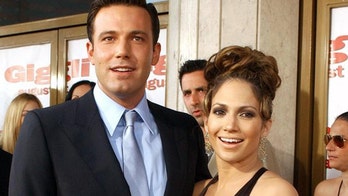