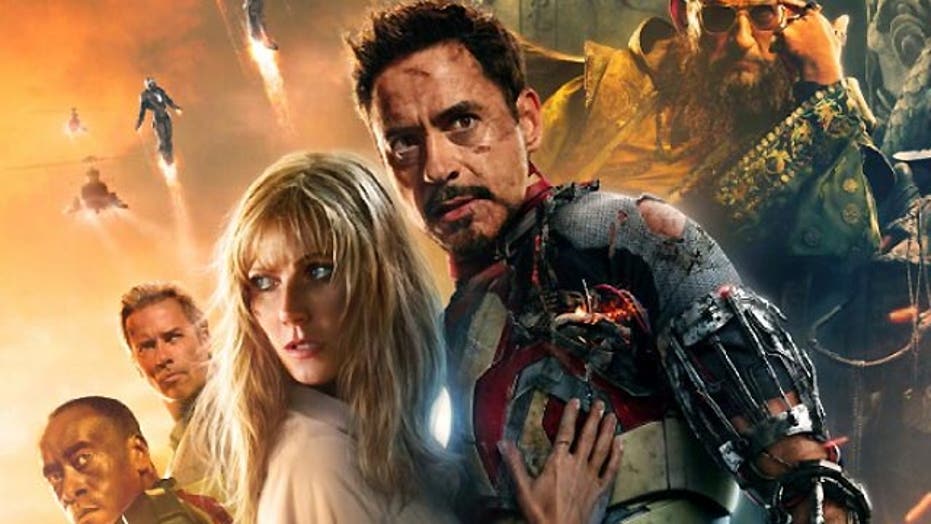 NEW YORK – Robert Downey, Jr. once again suits up in the iconic red and gold suit for the third installment of the “Iron Man” franchise, and as they say, third time’s the charm. Not only is “Iron Man 3” the best of the trilogy, it’s the best Marvel film yet. Yes, even better than last summer’s uber-blockbuster “The Avengers.”

It’s not that “Iron Man 3” is distinctly different than the other Marvel films, or even superhero films in general. In fact, “Iron Man 3” takes the best pages from many other films like “The Dark Knight” trilogy and “Superman II.” But the smart, bullet-train script, Downey, Jr.’s uproarious performance and an entertaining detective adventure make “Iron Man 3” unadulterated fun.

Now that the awe of having all of the Avengers together in one film is behind us, “Iron Man 3” gets down to business with a compact, solid story building upon the Avengers mythology while returning its focus to Tony’s development without sacrificing that expected Marvel universe spectacle.

Robert Downey, Jr. hasn’t been more comfortable in a role than he is as Tony Stark, and the actor knows it. He is right at home dishing insults and throwing out obscure movie and pop culture references one moment then zipping through the sky and rescuing a group of people falling from Air Force One the next. It’s a whirlwind of a role and Robert Downey, Jr. makes it all look so incredibly easy. This is the Robert Downey, Jr. show and we have the best seat in the house.

Though “Iron Man 3” maintains the franchise’s lighthearted humor and banter, there is a much more ominous, darker tone at play here. Topical villain The Mandarin (Ben Kingsley) is the head of a terrorist cell who are detonating bombs across America. By taking over the TV airwaves, The Mandarin spreads fear across the nation, bringing the country to its knees. When Stark’s former bodyguard and friend, Happy (Jon Favreau) is injured during a bombing and his girlfriend Pepper (Gwyneth Paltrow) is abducted, things get personal for Iron Man and he goes on the hunt to find a terrorist who hides behind a television camera.

“Iron Man 3” is a breeze, not wasting a moment during its two-hour runtime. This certainly isn’t writer-director Shane Black’s first rodeo, and he pulls out all the stops. The spitfire dialogue is often hilarious, in great part due to Downey’s impeccable delivery.  The action set pieces are as spectacular as one would expect in an “Iron Man” film, especially the climactic battle on an oil rig where a plethora of Iron Men duke it out. But what keeps this “Iron Man” from bleeding into the amoeba of superhero films is a large portion with Tony Stark sans-Iron Man suit – au natural, if you will – using his wit and intelligence to solve a mystery. Stark, broken and anxiety-ridden from the events that transpired in New York City during “The Avengers,” is left to his own human devices on a mystery manhunt for The Mandarin. This dilemma makes the challenges more real for Stark, as well as for the audience.

The questionable use of science is superficially contrasted in the conflict between Tony and Guy Pearce’s mad scientist Aldrich Killian. Pearce is delightfully campy as the long-haired nerdy scientist who, once spurned by Stark, weaponizes his DNA advancements against Iron Man. The similarities between the two characters pose the question: just how close is Tony to using science for malevolent purposes? Pearce’s campiness is also a good contrast to the more frightening villain played by Ben Kingsley. The less said about The Mandarin, the better, but Kingsley delivers one of his most surprising performances yet.

Both Don Cheadle and Gwyneth Paltrow return as War Machine (now renamed as Iron Patriot) and Pepper Potts. Pepper, too, finds her own adversary in Tony’s ex-flame Maya Hansen (Rebecca Hall). The Oscar-winning Paltrow, for the most part, is wasted as the abducted damsel-in-distress, though she does have her moment in the spotlight to kick some butt.

Shane Black handles this material much better than the previous director, Jon Favreau.  Having written his share of action films, including the “Lethal Weapon” films, Black knows how dialogue and action should work in a film like “Iron Man” and transferring that screenwriter’s mentality to the director’s chair has helped tremendously.

The summer blockbuster season is now officially on, and Robert Downey, Jr. and Marvel’s “Iron Man 3” suit up for rip-roaring popcorn entertainment.