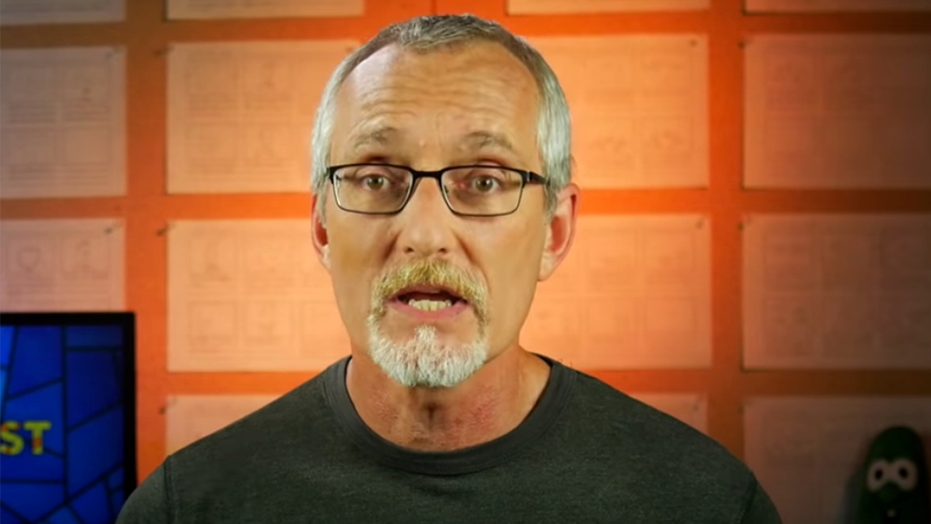 The creator of the animated Christian show "VeggieTales" has produced a now-viral video about "race in America" in the wake of the police-involved death of George Floyd and the racial unrest that ensued across the country.

Phil Vischer, who started the popular program featuring singing vegetables in 1993, created an educational video targeting white conservatives and evangelicals who are unconvinced that systemic racism is an issue in America.

“As the country was wrestling with protests and riots, I began to notice videos flying among conservative white Christians on social media chiming in on the situation, often with little or no connection to actual facts or history,” Vischer, who lives in Chicago, said in a statement to Fox News.

Phil Vischer talks about "Race in America" on the "Holy Post" podcast. (Courtesy of Phil Vischer)

“I wondered if maybe I could pull something together that could walk people through history without bashing anyone’s political party or calling them names," he said about the 18-minute video. "I thought maybe if I could just speak calmly about the facts of how we got where we are today, maybe that would help. I’m happy to say it appears I was right!”

AS UN PANEL EXAMINES 'SYSTEMIC RACISM' IN US, SOME COUNTRIES SAY AMERICA IS AN UNFAIR PLAYING FIELD

Vischer, who has earned the trust of millions of conservative Christian children, hopes to convert those still skeptical with his explanation of systemic racism. The video, part of his podcast called "Holy Post," has received more than 3 million views across his social media platforms.

"It may be true that there isn't explicit racism in our legal system anymore, but it doesn't mean justice is blind," Vischer said, highlighting examples of how black people are affected by systemic racism, from post-emancipation laws to the militarization of police departments and the prison system.

"I'm not here to tell you what the right solutions are, because I don't know," said Vischer, who continues to work with VeggieTales and other projects. "I'm just here to ask you to do one thing. It is the thing that begins every journey to a solution for every problem ... care."

In 2018, a group of students at a California college labeled "VeggieTales" as "dangerous," claiming it promotes racial stereotypes by making the villains colored. The Cal State San Marcos students were taking part in an “Annual Whiteness Forum,” which was a project from a class called “The Communication of Whiteness.”

Eric Mextas, a bestselling author and "VeggieTales" writer and narrator, responded at the time.

"All vegetables are part of one race, even though they are of many colors. They are all descended from the same parents — the Adam and Eve of vegetables, who foolishly ate a forbidden fruit (irony?) and screwed everything up for all vegetables descended from them,” Metaxas told PJ Media. “At least I’m pretty sure that’s the story."