Princess Diana's former personal secretary thinks the late icon would have sympathy for her son Prince Harry and his bride to be in what's turning out to be "one of the most stressful weeks of their lives." (Reuters)

WINDSOR, England – Princess Diana’s former private secretary, who worked closely with the beloved icon for eight years, said the late princess would have sympathy for her son Prince Harry and his fiancée Meghan Markle as they deal with what’s turned out to be a controversy-ridden week leading up to their wedding.

Patrick Jephson spoke to Fox News about the recent headlines that have plagued Markle and Harry, casting a shadow on their upcoming nuptials. Much of the buzz surrounds Markle’s father, who is said to have undergone heart surgery and will be skipping the wedding following a scandal that began with staged paparazzi photos he apparently got paid to pose for.

“Princess Diana was well known for being very warm-hearted, empathetic, perceptive… and would have had enormous sympathy for Harry and Meghan as they go through what is likely going to be one of the most stressful weeks of their lives,” he said. “She would also know that given that this is a lifetime commitment that Meghan is giving to this role, the stresses will continue and be repeated.”

Jephson began working for Prince Charles and Princess Diana during their marriage as an equerry, a military officer of the British royal household, for two years. Diana personally asked him to stay on after their split and he became her first – and only – private secretary and chief of staff during her lifetime. He worked closely with her until Diana died on Aug. 31, 1997, in a car crash.

Jephson, who knew Harry when he was a boy, believes Diana would have plenty of helpful advice for Markle, a biracial American actress who has previously been married and is breaking barriers by joining the royal family. He said Markle should focus on her royal duty first and being happy second, as that is how Diana raised her sons William and Harry.

“The lesson, perhaps, one of many that she leaves for Meghan and Harry is that if you can find fulfillment and satisfaction in your work your chances of being happy are much better,” he said. “When she was working hard, learning things, using her gifts, using her profile for good causes, when she was overcoming challenges, when she was able to do her duty… that gave her enormous fulfillment, job satisfaction and that for a large part helped to compensate for the unhappiness in her private life.”

Diana famously struggled in her unhappy marriage to Prince Charles before their 1996 divorce. He said he can see why some people compare Markle to Diana.

“I could see some similarities in that they’ve both had, in their private lives, personal obstacles to overcome -- divorced parents, a failed marriage -- and had to struggle to assert themselves and were successful in developing their own brand and their own humanitarian program,” he noted.

But he said that doesn’t mean Harry’s bride is just like his late mom.

He thinks Diana would have wanted Markle to help Harry navigate the difficulties that come with his unique lifestyle.

“William and Harry were the center of her universe, and I would guess that what she would hope is that any wife either of them chose would help them in shouldering the extraordinary burden of responsibility that destiny has put on their shoulders. They have been born into the most extraordinary lives and their whole lives are dedicated to their royal duties and therefore their partners will ideally understand their responsibilities and… make them happy,” said Jephson, who recently published “The Meghan Factor: A Royal Expert's Insights on America's New Princess - and How She Could Change the Windsor Dynasty Forever.”

The formal royal aide said Markle has the opportunity to make a big impact on the royal family when Queen Elizabeth, who is 92, is no longer the monarch. It’s been reported Queen Elizabeth will abdicate the throne if she is still serving when she is 95. 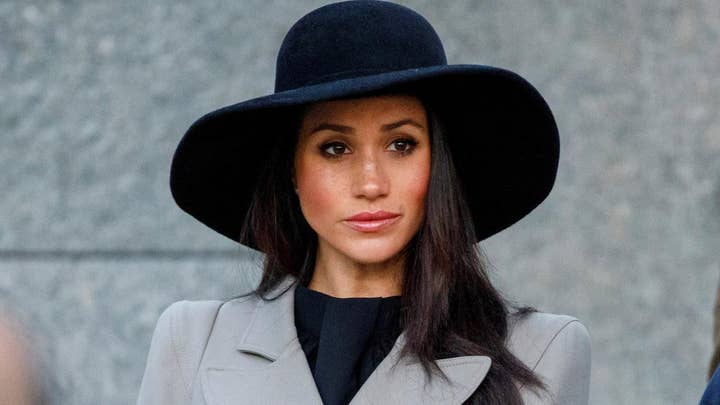 “The monarchy within foreseeable future will undergo an enormous change when Queen Elizabeth’s reign comes to an end, and she is replaced by King Charles and Camilla, and this is a prospect that a lot of people view with mixed feelings,” he said. “It will undoubtedly mark a historic shift in the royal landscape. There will be with Prince Charles quite a mature sovereign, and it will most likely be all the more important for William and Harry and their families to retain and rekindle support for the royal family and the monarchy among the royal family. And that is where Meghan may leave a longstanding mark on the institution of the monarchy. If she gets it right, she will be seen as a great royal asset and as a great bridge with younger subjects.”

Jephson details some of the opportunities and pitfalls the come along with joining the royal family in his book. He has some words of wisdom and warning for the “Suits” actress as she becomes royalty.

“She has already associated herself with some political viewpoints and some controversial causes. For the British royal family, her focus is to act as a symbol of unity above politics. All matters in involvement in public policy has to end. Controversy and royalty do not mix,” he said.

He said Markle needs to adapt to a new kind of fame in order to find success.

“[It’s important] for her now to learn the difference between celebrity and royalty because her life up until now has been centered on developing and promoting her celebrity. Royal status is very different even though in some ways it may not look different. Celebrity is something you might win; royal status is granted… and it lasts a lifetime. And to do it properly you have to put the interest of the monarchy above every other consideration.”

Jephson said Markle and Harry, as well as his brother Prince William and his wife Kate, are in charge of their own futures.

“For William and Harry, whatever day to day challenges they will inevitably encounter, the opportunity now lies before them to have long, happy wonderful lives… in which they use their profile and their experience and their enthusiasm to serve the crown and an endless list of good causes,” he said. “Their future is in their hands.”