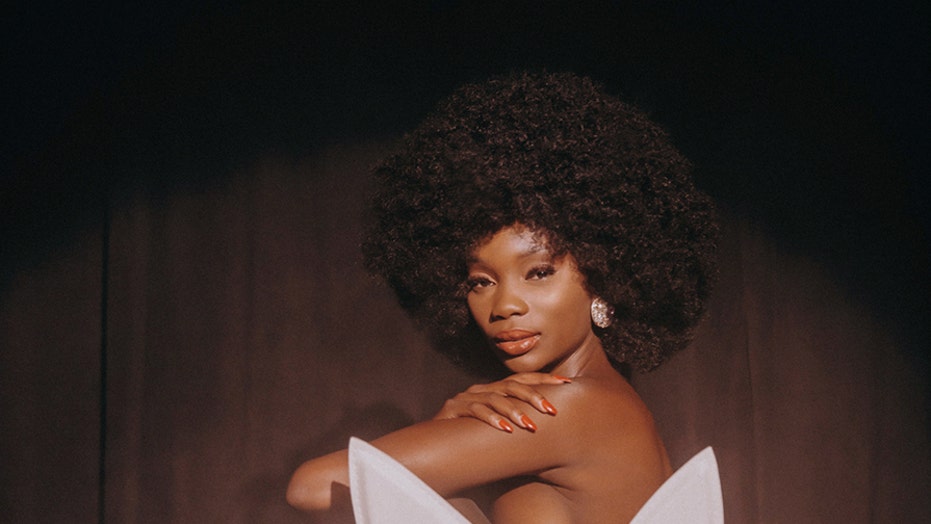 Playboy pinup Chasity Samone is eager to take on a new challenge – politics.

The model, who is the magazine’s Playmate for February 2020, has already followed in her father’s footsteps by heading straight into the Army after graduating from high school. The star, who was born into a Baptist family of 12 children, was in the military for three years before she stripped down for the magazine like her idol Naomi Campbell, Dallas Observer reported.

But these days, the veteran bombshell wants to take on the issues impacting her native Dallas, particularly those involving education. And while Samone has already received some criticism on social media for appearing in Playboy, she’s eager to prove her haters wrong.

Samone spoke to Fox News about why she wants to pursue politics, how Campbell, 49, inspired her pose for the Playboy and what her family really thinks of the photos.

Fox News: Is it true you want to pursue politics?
Chasity Samone: That is correct. My long term goal is to work with the city council for the city of Dallas. I want to give a voice to low-income communities and ensure they have access to higher education. For example, my high school didn’t have certain programs that other schools in higher-income neighborhoods have. We need to change that.

I want to make sure schools in low-income communities have programs for students to further enrich their studies and encourage them to pursue college. I want to help families and make sure they have access to those programs for their children.

PAULINA PORIZKOVA, 54, STUNS IN BIKINI WHILE ADMIRING WATERFALL: 'YOU ARE BLESSED IN EVERY WAY'

Fox News: Are you worried some people might judge you for being a Playmate?
Samone: Of course not. Is there really a stigma towards Playmates today? I believe the title, the experience is a beautiful thing. If anything, it’s only motivating me to prove people wrong. I’m not worried about it at all. We have bigger issues to tackle.

Fox News: Your father is a veteran and you went on to enlist in the Army. How important was it for you to keep the family tradition going?
Samone: It was very important to me. I want to defend our people and be on the right side of history. That was instilled in me from the moment I was in the ROTC in high school. I always knew I wanted to take it to the next level with the Army. And making my dad proud was very important for me too. I wanted to follow in his footsteps and make him proud. That wasn’t a question.

Fox News: Not everyone would be comfortable posing for Playboy. Where did your confidence come from?
Samone: You know, even when I began modeling, I wanted to do a nude photoshoot. I’ve always been a confidant and liberated woman. That’s what I preach to my followers on social media. I’ve always been a woman who doesn’t really care about what other people think.

I don’t have an issue posing nude. In fact, I find it very empowering and liberating. So the confidence came naturally to me. Posing nude feels very natural to me. If you look at paintings and sculptures in museums, the women are nude. They are a part of history. They inspired artists. So no, I don’t have a problem with posing nude at all.

Fox News: How is posing nude a liberating or empowering experience?
Samone: It’s a feeling that exists inside of me that comes out in my pictures. When someone looks at my pictures, I want them to feel what I’m feeling. So I want viewers to feel liberated. I want them to feel empowered. That’s my goal when I’m in front of a camera. I hope that when someone looks at my photos, they feel what I’m feeling.

Fox News: Is it true Naomi Campbell inspired you to pose for Playboy?
Samone: Yes! I remember she was on top of a chocolate Playboy bunny head. It was just spectacular. I just thought to myself, “Oh yeah, I need to be in it."

Fox News: How were you discovered by Playboy?
Samone: Actually, someone reached out to me in 2016 to be Playboy Muse of the Week online. Then two years later, I found the casting director for Playmates on Instagram and I direct messaged her. She replied back and next thing you know, I’m a Playmate [laughs].

Fox News: What was it like posing for the magazine just like your idol Naomi Campbell?
Samone: Oh my gosh, when I arrived on set, I had no idea they were going to shut down an entire movie theater for me. It was just so surreal. I honestly couldn’t believe it. It was a huge production. There were so many people on set.

Playboy Playmate Chasity Samone said she was inspired by supermodel Naomi Campbell to pose for the magazine. (Erica Loewy/Photo courtesy of Playboy.)

Everybody worked so hard to make sure I looked great and was comfortable. I felt so powerful, like a queen. They treated me so well. Whatever I needed, the team made sure I had it. It was a beautiful experience. I do still relive that moment in my head all the time.

Fox News: What was going through your mind when you saw the pictures for the first time?
Samone: I was so emotional. I was crying, I couldn’t stop crying. I kept staring at my face because I couldn’t believe that this was me, that this was real. The makeup was just completely gone from my face because I cried so much. Even when I think about it now, it still gets me emotional. I still can’t believe that I actually did it. I can’t believe I’m a Playmate.

Fox News: How does your family feel about the photos?
Samone: My family is so proud of me. They have been so supportive throughout this journey. They even threw a surprise party for me to celebrate [laughs].

Chasity Samone said she has received criticism for wanting to pursue politics despite posing in Playboy. (Erica Loewy)

Fox News: How important has it been for you to be part of Playboy’s Equality issue?
Samone: I feel like it was destined for me to be a part of the Equality issue. The reason why I’m modeling and working so hard at it is because of that lack of representation. I am very honored to be a face for women who look like me, especially little girls who don’t see themselves in beauty magazines. I’m just happy people can look at me and say, “We’re out here. I see you.” It’s an honor.

I was very blessed when I arrived on the Playboy set. They made sure I looked and felt absolutely beautiful… Not too long ago on a different set, I actually had a makeup artist who did not have my foundation color. It was really sad. We’re talking 2019. That shouldn’t even be a problem anymore. I couldn’t believe I was even going through that, to begin with. But in Playboy, they embraced my skin color and I felt represented. I couldn’t be more thankful.

Chasity Samone said it was an honor to pose for Playboy. (Photo courtesy of Playboy.)