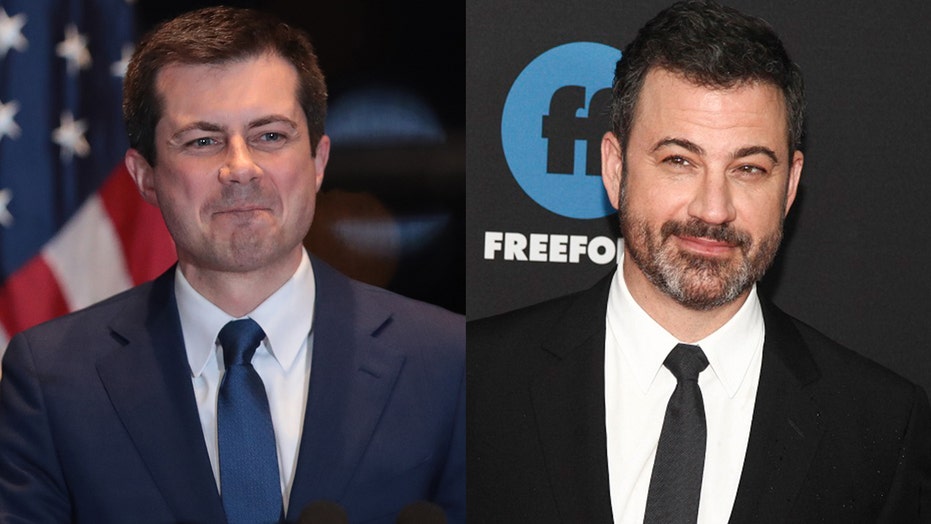 A little after a week since he exited the presidential race, Pete Buttigieg is now set to guest-host "Jimmy Kimmel Live" on Thursday.

Buttigieg, 38, confirmed the news on Monday during an appearance on "Today."

Asked by host Craig Melvinwhat was next for him, Buttigieg said: "Well, in the immediate term we're going to be traveling a little bit and thanking supporters, and then [husband Chasten] and I are looking forward to some time away then we'll come back and I'll make myself useful in new ways.

CELEBRITIES REACT TO ELIZABETH WARREN DROPPING OUT OF 2020 PRESIDENTIAL RACE

"But, we're going to have some fun first," Buttigieg noted.

He added: "On Thursday, I'm going to be guest-hosting 'Jimmy Kimmel Live,' so we're really excited for that. Lining up a great slate of guests. Sir Patrick Stewart is coming on. Very excited about that."

As for a monologue? “Yeah," said Buttigieg. "Well, hopefully, some funnier minds than mine will be doing some writing for that. But I think it’s going to be fun. The thing about coming off of a presidential campaign is you have been focused on one thing and one thing only. It’s nice to be able to zoom out and just come back at life.”

Meanwhile, Kimmel, 52, revealed that Buttigieg would be stepping in while he hosts "Who Wants to Be a Millionaire."

"While I’m out hosting @MillionaireTV, I nominate @PeteButtigieg to be my guest host Thursday, March 12th - thanks Mayor Pete!" the late-night host tweeted on Tuesday.

Buttigieg ended his presidential campaign on March 1, in an abrupt and surprising pullout that further narrowed the field of Democrats less than a month after he declared victory in the contested Iowa caucuses.

"I will do everything in my power to ensure that we have a new Democratic president come January," Buttigieg told a throng of enthusiastic and emotional supporters in South Bend, Ind., at the time, in a speech marked by an upbeat and forward-looking timbre.

"We sent a message to every kid out there wondering if whatever marks them out as different means they are destined to be less than," he continued amid chants of "USA!" and other cheers. "To see someone who once felt that exact same way can become a leading presidential candidate with his husband at his side."

Chasten introduced the candidate by remarking through tears that "Pete got me to believe in myself again. ... I told Pete to run because I knew there were other kids that needed to believe in themselves, too."