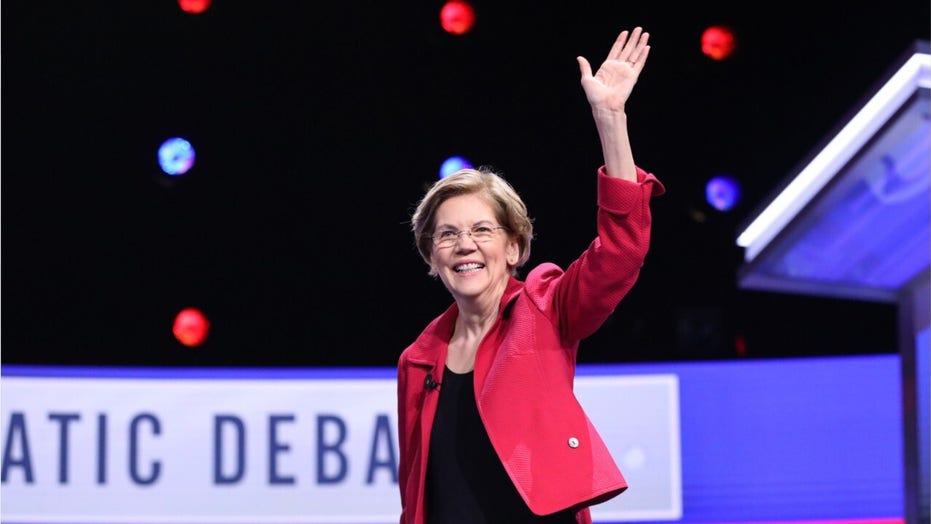 Celebrities react to Elizabeth Warren dropping out of 2020 presidential race

Sen. Elizabeth Warren, D-Mass. dropped out of the 2020 presidential race. Her Hollywood supporters took to social media after the news broke, here’s what they said.

Sen. Elizabeth Warren, D-Mass. dropped out of the 2020 presidential race on Thursday morning after a disappointing performance on Super Tuesday.

The decision, confirmed by Fox News, essentially leaves the race as a one-on-one battle between Sen. Bernie Sanders, I-Vt., and former Vice President Joe Biden, who is surging after claiming a stunning 10 victories on Super Tuesday. Warren announced the decision in a late-morning all staff call.

Her supporters in Hollywood took to social media after the news broke to express their admiration and respect for her.

"To the people who fought for Elizabeth Warren, most especially the women and young girls out there, a reminder: You owe no one anything right now. Allow yourself the space to grieve, and be angry, and be numb. Take the time. Take all of it that you need," actress Amber Tamblyn wrote.

Singer Janelle Monae retweeted a photo of Warren with Stacey Abrams with the caption, "This was the ticket" and a sad face emoji.

Alyssa Milano tweeted: "I love you, @ewarren. Watching you campaign with such bold ideas and even bolder grace, has made me a better women."

"Alright, loved @ewarren and her plan, her heart and her determination. #thankyouelizabethwarren let’s all move forward together now. #BlueNoMatterWho," Melissa Etheridge shared.