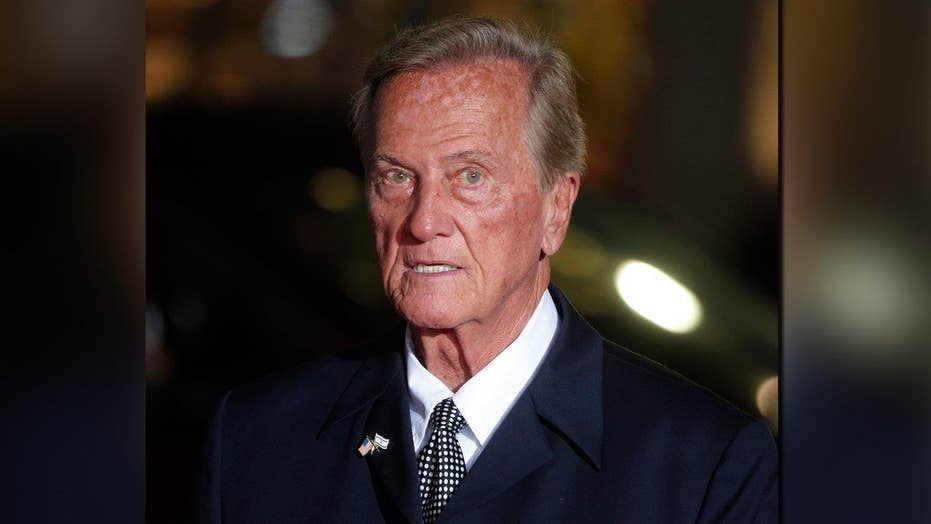 Pat Boone: Hollywood is after Trump

LOS ANGELES – Pat Boone spoke with Fox News about the current political climate in the U.S., saying that Hollywood is out to “vilify” Trump.

“The fact that he is the President of The United States does not earn him any respect at all. In fact it just makes him an easy target,” Boone told us.

The star blamed late-night talk shows and “Saturday Night Live” for some of the negativity surrounding Trump in Hollywood circles.

“I do think there are powerful forces and people in powerful positions who hold very contrary views,” he said. “They will — from ‘SNL’ and TV…— lampoon, and viciously for laughs. And late night talk show hosts they ridicule, and in effect do more than ridicule...”

Boone, 82, said he thinks the president has been more in tune with his religion lately.

“Trump is a fairly recent professed Christian…. It was only in the last year or two that he has had input from Christian leaders and ministers, and I think he has come to fully understand what being a Christian is,” he explained. “There is more of an overt evidence of faith in Trump than there ever was in Obama.”

Boone, a devout Christian, has a new faith based film in the works.

“A Cowgirl’s Story” is about a teen who goes to live with her grandfather, played by Boone, because her parents are in the military. The film co-stars Bailee Madison and Chloe Lukasiak.

Boone said it was important to him to become involved with the film because spreading the message of faith in Hollywood is a “really tough thing” to do these days.