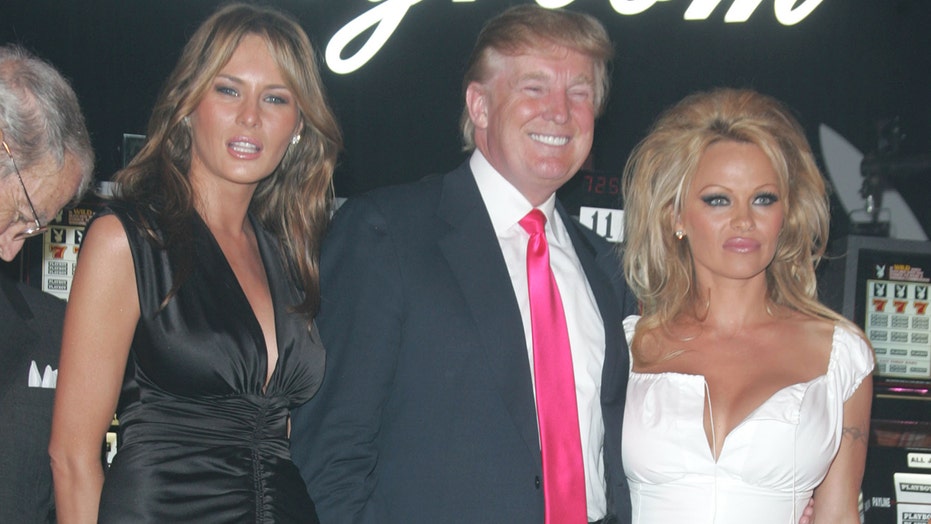 Pamela Anderson shared a rare throwback photo of herself at an event with Melania and Donald Trump just days after complimenting the first couple’s leadership in an open letter.

On Monday, the 52-year-old actress and activist took to Twitter to share a series of photos of her attending Trump’s birthday party in 2005. In one, she poses next to the future president, who has his arm wrapped around her waist. In another snap, Trump is standing between Anderson clad in a white dress and Melania in black.

“Once upon a time,” Anderson captioned the four snaps. She also tagged the president and first lady on Twitter.

The throwback pictures come just days after the former “Baywatch” actress, who voted for Jill Stein in the 2016 presidential election, penned an open letter to the president and his wife that implored them to take action on behalf of her friend, Julian Assange of Wikileaks.

“I am always enlightened and encouraged when I see the great work that you both have achieved during your period as the leading couple of the people," Anderson wrote. "You complement each other extremely well, Mr President with your personal touch and emotional flare that strikes a chord with the people, together with the enduring poise and presented dignity that the first lady upholds.

“Integrity was certainly the underlying thread that defeated Hillary and brought to the world this great couple, cannoning you into the most powerful position in the world,” she continued. “The people trusted your intent and your judgement [sic] because and it was supported by the free press during your campaign. Recalling that it was the free press that in effect stifled and dominated over the fake news rubbish that was so desperately trying to derail your great and successful campaign.”

Although it may seem like Anderson is friendly with the Trump family, it’s worth noting that she previously told The Hollywood Reporter that she was paid to be at the 2005 event and couldn't even recall Melania's name.