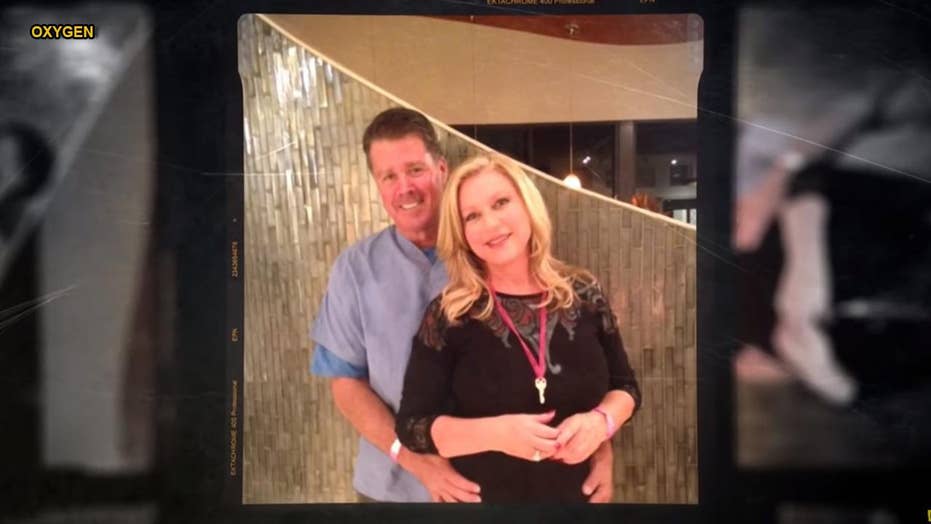 Terra Newell’s life forever changed on Aug. 20, 2016, when she fatally stabbed her estranged stepfather John Meehan 13 times after he had attacked her in her apartment complex’s parking lot.

The shocking tale was the subject of a smashing podcast in 2017 — from Wondery and the Los Angeles Times  — which also resulted in a Bravo scripted series also titled “Dirty John” with Connie Britton in the starring role. The case was the subject of an Oxygen documentary titled “Dirty John: The Dirty Truth,” which featured interviews with detectives who worked on the case, some of Meehan’s former girlfriends and even his first wife, Tonia Bales.

“My heart is pounding, I’m kicking and screaming as hard as I can,” Newell recalled in a guest column for People magazine published on Tuesday. “It lasted seconds, but felt like hours. In just 32 seconds, my life changed forever. The man grabbed me from my waist and said, ‘Do you remember me?” I did and knew he was there to kill me… I survived and killed my attacker.”

The case of John Meehan was the subject of an Oxygen special titled "Dirty John: The Dirty Truth." (Oxygen)

Meehan first met the 27-year-old’s mother, Debra Newell, on an over-50 dating website. Meehan posed as an anesthesiologist who’d just returned to Southern California after a year in war-torn Iraq while volunteering with Doctors Without Borders. Debra, a wealthy and successful interior designer ready for romance after four failed marriages, was impressed by what she read and saw. After two months of dating, the couple got married. While Debra said she felt herself quickly falling in love with the charismatic doctor, her four children weren’t impressed.

“He wasn’t a good man and my mother couldn’t see that,” Newell admitted to the outlet. “Those close to us had suspicions. My family ended up hiring a private investigator and the information we learned terrified us: He had been arrested several times, had restraining orders from many women, was a hard-core drug user and so much more.”

“When my siblings told my mom this, she left him,” Newell continued. “But a few months later, she was back in his arms. He was a master manipulator who convinced her what the private investigator found was about another John Meehan.”

The Los Angeles Times reported that from 2005 to 2014, Meehan had “seduced, swindled and terrorized multiple women, many of whom he had met on dating sites while posing as a doctor.” The report made by the private investigator was about 324 pages.

The outlet added that by the time Meehan married Debra on December 2014, three women had standing restraining orders against him. At least three others had requested them. Meehan had also told Debra one of his sisters had died of cancer. However, both of his siblings were alive and well.

Ultimately, Debra realized she couldn't spend the rest of her life with a manipulative con artist. She filed to annul the marriage to Meehan in April 2016. She also went into hiding.

“Eventually my mother realized he was evil, and left him for good,” Newell explained. “Then he spiraled out of control. Doing malicious things and making her life miserable. He tried to sabotage her company, lit her car on fire, stalked my family and sent us threats. All of this led up to my attack and the moment that forever changed my life.”

Then on Aug. 20, 2016, Meehan waited outside of her youngest daughter Terra’s apartment and attacked her. An injured Terra, who was inspired by moves she saw on “The Walking Dead,” managed to fight Meehan off. She kicked the knife from his hand, grabbed the weapon and stabbed him multiple times.

Meehan died in the hospital four days later. The then-25-year-old was never charged for Meehan’s death because it was determined she fought back in self-defense.

“My life has drastically changed since that day,” said Terra Newell. “After being diagnosed with PTSD, I had to learn what happened to me. I tried to get back into a normal life, but couldn’t. I started to go to therapy, which didn’t help until I found a great ‘EMDR’ therapist [Eye Movement Desensitization and Reprocessing, a form of therapy that addresses trauma] in Austin, Texas, and took the time to heal.”

Newell said she was grateful that her story, as horrifying as it was, got media attention.

“With all of these media opportunities, so many people have come forward saying that our story helped them see red flags in their relationships, better managed their PTSD and develop self-defense techniques,” said Newell.

“The positive response from the public has encouraged me to make it a life goal to help others encountering relationship red flags. I also work to promote PTSD awareness and share my knowledge of self-defense. I’ve never had such clarity on what I’m supposed to do in my life.”

Newell has also started her own podcast, “Time Out With Tara,” which launched this week, in hopes of connecting with other women.

“Even though I am still struggling with PTSD, I have healed so much,” said Newell. “People need to know that bad things can happen and you should never let those things hold you back or get you down. The most important thing I have learned is to keep going and stay positive! I am so happy I am alive to share this message, to reflect on all the amazing opportunities that have come about from such a traumatic event and to celebrate another year of living life to the fullest.”

In January of this year, Debra told Fox News that before Newell was sent away for therapy, she reached out to Meehan’s sisters to notify them of their brother’s fate.

“When everything happened, we actually called John’s sisters,” said Debra. “They talked about the fact that they had been in fear, and that they were OK with what Terra had done. … The girls had relief. They were many, many other victims out there that were all of a sudden no longer in fear because John was gone.”

Debra said she hasn’t dated since. These days, she’s hoping her story will educate others on how easily one can be tangled in a terrifying situation if those glaring red flags are ignored.

Debra Newell said she failed to see the red flags early on. (Oxygen)

“I hope people understand that it can happen to anyone,” said Newell. “There are many, many people out there that are going through what I went through, maybe in a different way. But they are not alone.”