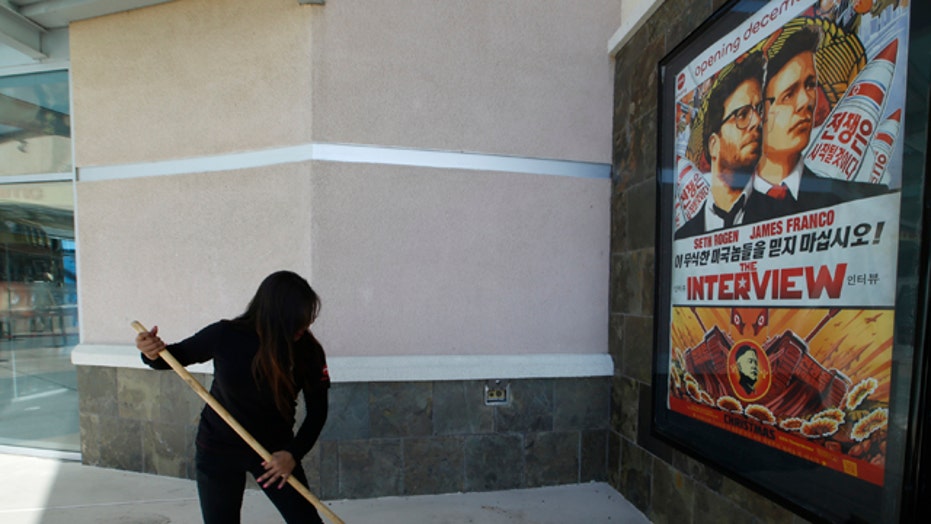 LOS ANGELES – The FBI has connected North Korea to the Sony Pictures cyberattack, a federal law enforcement source told Fox News Wednesday, hours after the company announced it had scrapped the Dec. 25 release of "The Interview" after a number of major movie chains said they would not show the film.

The administration reportedly will call out North Korea on its role on Thursday.

However, the source also told Fox the hacking attack did not necessarily come from inside the borders of North Korea.

Until Wednesday, the Obama administration had been saying it was not immediately clear who might have been responsible for the computer break-in. North Korea has publicly denied it was involved.

In canceling he Christmas day release, Sony released a statement saying, "In light of the decision by the majority of our exhibitors not to show the film The Interview, we have decided not to move forward with the planned December 25 theatrical release. We respect and understand our partners' decision and, of course, completely share their paramount interest in the safety of employees and theater-goers."

Later, a Sony spokesman said the company had no further release plans for the film, Variety reported.

As of Wednesday AMC Entertainment, Regal Cinemas, Cineplex and Cinemark had opted to drop the movie after the hackers issued threats that implied the theaters showing the movie were terror targets. According to TMZ, Bow Tie Cinemas also canceled planned showings of the movie.

In its statement, Sony also said the company was "the victim of an unprecedented criminal assault against our employees, our customers, and our business. Those who attacked us stole our intellectual property, private emails, and sensitive and proprietary material, and sought to destroy our spirit and our morale."

It added, "we stand by our filmmakers and their right to free expression and are extremely disappointed by this outcome."

The U.S. government reportedly gave the thumbs-up to the ending of the film in which North Korean leader Kim Jung-Un's head blows up.

New hacked emails also reveal that Sony execs showed a rough cut of the film "The Interview" to at least two U.S. government officials who gave it the OK, according to the Daily Beast.

The site reports that the State Department had an active role in deciding whether or not Kim Jong-un's gruesome death scene at the conclusion of the film would be included, and officials signed off on the controversial scene.

The Sony hacking saga took a sinister turn on Tuesday when hackers sent a message and threatening to target theaters showing “The Interview” in a 9/11 type attack.

Sony then told theaters they will not be penalized should they choose not to show it.

A Department of Homeland Security (DHS) official told FOX411 that while they are aware of the online threat and are analyzing the credibility of the statements, as it stands, there is no credible intelligence to indicate an active plot against movie theaters in the United States.

“DHS will continue to adjust our security posture, as appropriate, to protect the American people. This includes continued, regular information sharing with our state, local, federal and international partners, builds on ongoing work such as enhanced protection at federal facilities,” the official said, adding that the public is encouraged to report any suspicious activity to appropriate law enforcement authorities.

A representative for the FBI Los Angeles Field Office told FOX411 that the bureau is “aware of the recent threats and continues to work collaboratively with our partners to investigate.”

Security experts told Fox that in the wake of the Sydney siege and the release of the CIA enhanced interrogation report last week, it is crucial that the threat be taken seriously by authorities.

“This threatening statement obviously has some foundation and may be linked to current global hostilities towards the west and predominantly the U.S.,” said Lee Oughton, global security and risk management expert. “We are still unaware how deep the hackers were able to penetrate into the Sony systems. Only time will tell how much information they were able to ascertain and what price Sony will pay in the international market.”