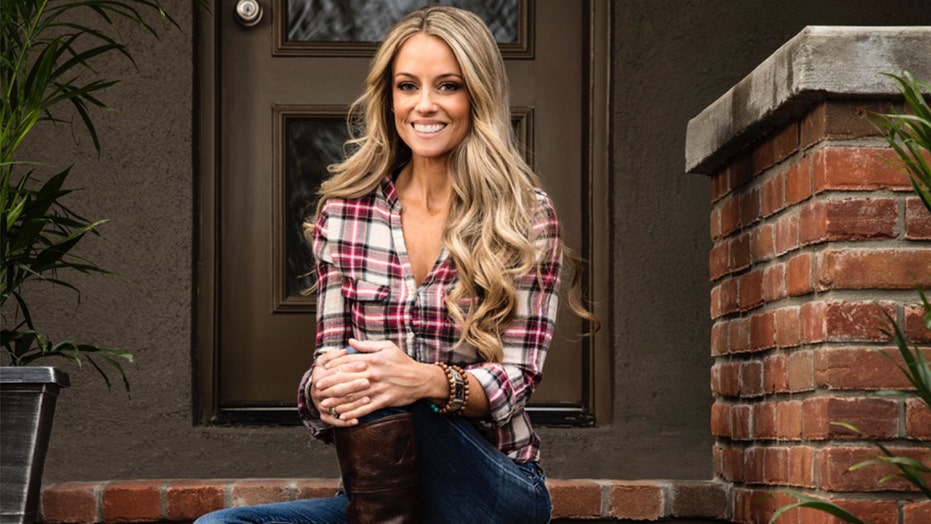 Speaking to Fox News, the "Rehab Addict" star took a look back at one of her very first jobs — a Hooters waitress — and revealed why she's returning to her roots, judging the 23rd annual Miss Hooters International Pageant in Lake Tahoe, Nev., on Thursday.

"Hooters was a really great experience for me," the 42-year-old said. "I worked there when I was 18. It was one of my first jobs and it really allowed me to one, pay for school, and two, I was able to buy my first house with the money I made there."

HOOTERS GIRL DETAILS FOLLOWING IN HER MOTHER’S FOOTSTEPS: ‘I WOULD PUT ON HER UNIFORM’

Curtis also developed lifelong friendships while working at the restaurant.

"The girls that I worked with 20 years ago are still some of my best friends in the entire world," the HGTV and DIY Network star shared. "It wasn't just a restaurant job. It was for someone like me – which most of the girls were, who worked and put themselves through school – you know, that was kind of like our sorority."

Nicole Curtis spoke to Fox News about returning to her Hooters roots, judging this year's annual International Hooters Pageant on Thursday, as well as dished details on her upcoming project with HGTV. (Courtesy of Nicole Curtis)

"Those girls really were with me from 18 to 20, which were some really great years to have," she continued. "So I think it's really cool to go back and be a judge... I think it's going to be a lot of fun."

As for if she'd ever slip her bright orange shorts and white tank top back on again? Curtis revealed she still has her two-piece outfit.

"I still have the orange shorts and they still fit," she beamed. "I don't know anyone who didn't keep their Hooters uniform."

When Curtis eventually chose to leave the eatery, it wasn't a decision that was easy to make.

"It was a hard job to give up because I was making great money but I wanted to move on to other things," she recalled. "I eventually became a house investor and a real estate agent and everything else, so one day I just had to decide: 'I'm done with this and I need to move on with the next chapter of my life.'"

Still, the home renovation and design expert noted that it's one of those things where she "wouldn't trade it for the world."

"It really did teach me a sense of responsibility — that's really where I got my start in sales and to this day it's the same hustle. I have the same hustle and drive that I had at 18."

Curtis went on to dabble in other jobs before pursuing her true passion: real estate. Fast-forward to today and she's built an empire, successfully producing and starring in her DIY series "Rehab Addict" for eight seasons until she parted ways with the network at the beginning of 2018.

"We actually parted with DIY about a year and a half ago. I just decided that I was done with the show. I needed to take a break," Curtis explained. "We worked hard for 10 years. I'm the executive producer of my show so I produce the show, shoot the show, work on the show and we only work with my construction guys and one cameraman so it's not like we got this huge production," she said.

"So I was literally doing a bit of everything all of the time while juggling a family and during that time I lost both my grandparents. We lost my main contractor's 9-year-old daughter to cancer, so we just decided last year as a team that we had enough and we needed to take a step back and regroup and it was the best decision.

"I don't know too many people that walk away from a TV career, but for us, it was definitely the right move at the right time," Curtis acknowledged.

Now that her team has regrouped and she has had a chance to "catch her breath and catch up on laundry," Curtis is set to return to HGTV.

"It's a really cool moment to be ready this time because when we started the show I definitely wasn't prepared for what was about to be around the corner... I was not ready," Curtis admitted. "Ten years to stay on TV – it was unimaginable and it was a fabulous opportunity – but I'm so thankful now that we took the time to just not be doing anything and most importantly, that was a big decision for me as a mom."

"So we're coming back, which is really cool," Curtis gushed. "We're ready, but it's always at our pace and that's the cool thing. Again, I'm very lucky to be able to do that. We're excited. My fans have been asking every single day: 'When are you coming back? When are you coming back?' And now we finally have an answer: soon,'" Curtis revealed, before clarifying it won't be "too soon though."

"It's summer and we like to be home with our kids," the mom of two explained.

When asked if her new show would resemble her beloved "Rehab Addict" series, Curtis explained that in some ways it'll be the same.

"Here's the truth: I was never made for TV," she admitted. "We did a show about my real life so what we're doing now is still the same, but my life has changed. The show has evolved. I am no longer a struggling single mom and ready to lose all of my money if this house doesn't go through and so we really kind of tweaked that."

"It's just another version of my life," Curtis shared. "I'm very open and honest about my life, but there are some things that I keep close and private and my kids are one of those so nobody will definitely see family dinners on my show, but it's the same. It just follows our life."

Curtis also revealed that fans will continue to see her restore historic homes throughout different communities.

"I think for us our sweet spot is we've really been fighting to bring awareness for childhood cancer because we lost Tessa and really just working with humans and being kind to one another so that's really where we find it and that's what the show is about," she added. "Our work on these houses is so much more than flipping houses or anything else; what it has always been about is telling somebody's story through a house."

Not to mention Curtis will still be "the belligerent tiny blonde who says the 'f' word every five minutes."

"That's never going to go away," she noted.

When it comes to advice for the ladies competing, Curtis emphasized: "Just be yourself."

"That's all that matters. If I had faked my way the first time that we met about my television show, I wouldn't have lasted more than one pilot episode."