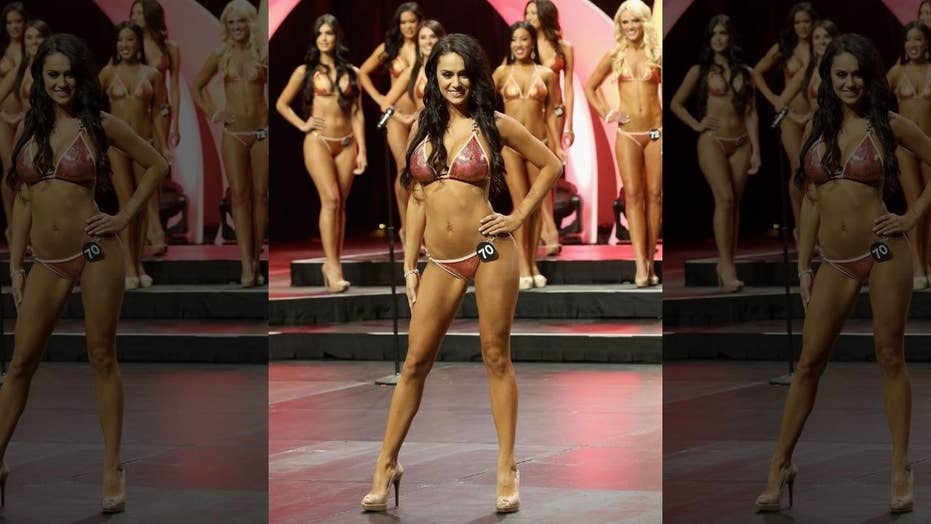 Hooters girl Hailey Slobodzian spoke to Fox News about following in her mother’s footsteps. She says ‘I would put on her uniform.’

Hailey Slobodzian says it was her mother, also a Fort Myers Beach Hooters girl and a calendar pinup, who inspired her to become a Hooters girl.

The 23-year-old brunette beauty, a Florida-based nursing student, has been working at the Fort Myers Hooters for five years and has since been voted a fan favorite.

Slobodzian has zero regrets following in her mother Amy’s footsteps and slipping into the iconic orange shorts to serve hot wings and cold beer. In fact, she is one of several girls featured in the 2019 Hooters Calendar, which helps raise money in support of breast cancer.

Mother and daughter spoke to Fox News about working at Hooters, dealing with criticism and the common misconceptions people still have about the popular restaurant chain.

Fox News: Hailey, describe the moment when you first saw your photo.
Hailey Slobodzian: I remember they kept the calendar very secretive. They didn’t reveal which photo was used until much later on. I was actually working at that time so they caught me midwork and I was serving customers. They came out to my bar and surprised me. I was over the moon. It was pretty incredible.

Fox News: Amy what did you think of the photo?
Amy: I got to see it on social media and I thought it was just gorgeous. The photo came out so beautiful. We’re all really proud of her.

Fox News: Amy, you were a Hooters Girl in Fort Myers beach as well. What was it about the franchise that appealed to you?
Amy: I’ve always been in the food and beverage industry so I was usually surrounded by women. I really like working with females the most. Hooters was one of the best companies to work for. I did a couple of promotions with them as well. I don’t think they were really big with the calendars at that time yet. We did a lot of events, including NASCAR. I was with the company on and off for about three years because I did get pregnant with Hailey, so I took some time off.

Fox News: Hailey, did you always know mom worked at Hooters?
Slobodzian: Yeah! Actually, there are pictures from my childhood where I would put on her Hooters uniform for Halloween. I always admired it. The prominent orange shorts always stuck with me when I was growing up. Even when my mom retired and put those shorts in the back of the drawer, it always stayed in the back of my mind.

I always knew there would be a possibility of me working there. One day I was actually going out to eat and I was approached by one of the waitresses. I wasn’t even 18 yet. I was able to fill out an application and get a kick start on all the different trainings they had available. By the time I turned 18, I was able to work for the company. It was always engrained in the back of my mind that I would eventually follow in my mother’s footsteps.

Fox News: What’s it been like working at Hooters?
Slobodzian: To be honest, when I first started working for Hooters, I just thought it was a great way to meet new people. But, I've formed incredible friendships. I’ve met so many wonderful people that I'm just fortunate to serve.

I initially believed this would be a way to make extra money while in college. But with time, I was exposed to different opportunities with the company. I was really shy at first, but my manager encouraged me to get involved with all the different activities Hooters is involved with. With each year, I would get higher up and earn different titles. I feel much more confident about myself. I’ve come a long way.

Fox News: Amy, what advice did you give to your daughter?
Amy: I always instilled in my kids just to always be themselves. Treat everybody that walks through the door as an equal. You never know who’s sitting on the other side of that bar or at your table. Be proper and never forget your pleases and thank yous.

Fox News: Some parents may feel uncomfortable over the idea of their daughter working at Hooters. What are your thoughts on this?
Amy: That’s a hard one. But in my eyes, Hooters is definitely a family restaurant. There’s nothing more different between Hooters and McDonald's. Kids go there. There’s nothing wrong with what the girls are wearing or what meals they’re serving.

Fox News: What’s a misconception you feel people still have about Hooters?
Slobodzian: The most common question I get asked all the time is how it is working with girls. People don’t think it’s possible. They assume it’s catty and there’s a lot of drama. Fortunately, that’s not the case. We all have a really good relationship. We’re able to rely on each other for many different circumstances. Whether it’s grabbing a coffee for someone in the morning or being there for someone when a loved one passes away. We all have just a really wonderful relationship. I think Hooters does a really great job of maintaining that family aspect. And we definitely implement that.

Amy: It’s more than just a job there. Everyone has to work together as a team. It’s never just a job you happen to work. It’s much more meaningful than that.  … Once you start working there, you really begin making friends and getting a grasp of what Hooters is as a whole.