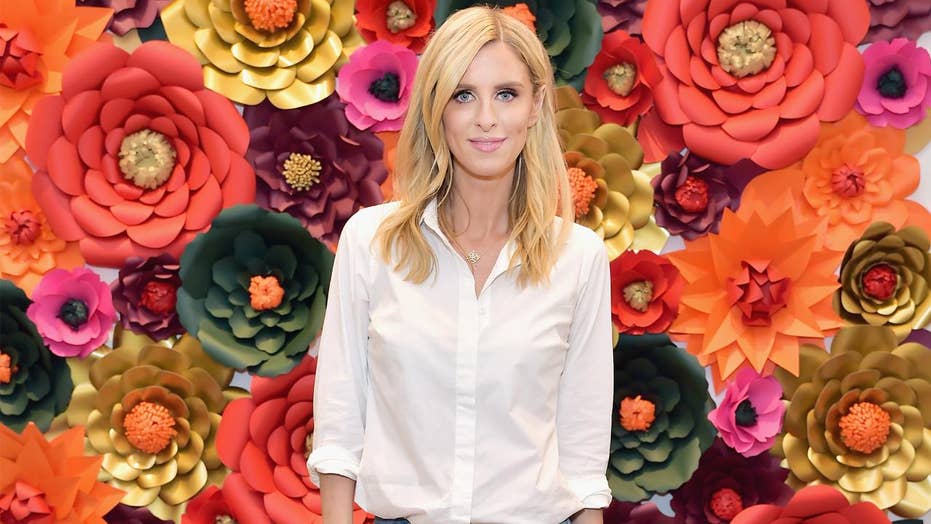 Hotel heiress and designer Nicky Hilton launches a new summer fashion collection with Tolani, names her biggest style regrets and describes what her relationship is like with sister Paris Hilton today.

Nicky Hilton is one busy businesswoman — and she wouldn’t have it any other way.

The 35-year-old, who originally made headlines for her party marathons alongside big sister Paris Hilton, is now a proud married mother of two and sought-after designer. In fact, the hotel heiress launched the Nicky Hilton X Tolani Passport Collection during New York Fashion Week, which features luxury silk pieces inspired by her many global getaways, including Ibiza, Santorini and Positano — just to name a few.

Hilton may have fashion on the mind these days, but she’s actually been designing since the age of 17 — and has zero plans to slow down.

Hilton spoke to Fox News about her style advice for other moms, what her relationship is like with Paris today and the one trend she wishes would disappear.

Fox News: You’re now a mother of two. What’s the biggest challenge that you faced and how do you make it all work?
Nicky Hilton: Being a mother to two is so much fun, but it's a lot. [However,] I think one of the best things about having children is you get to relive your childhood again. I get to do fun things again, like go to Chuck E. Cheese and watch cartoons and it's just so much fun reliving that and watching through their eyes.

Fox News: Many parents love showing off their kids on social media. But you’re not one to post too many photos of your children on Instagram. Why?
Nicky Hilton: I just think that maybe your child when they're grown up, doesn't want 500 pictures of themselves on the Internet of diapers and private family moments. I know some people do choose to showcase that, which is fine, but for me, maybe they don't want that and I don't want to take that away from them.

Fox News: How do you deal with mommy-shamers on social media?
Hilton: I know Internet trolls exist and I don't know ... I haven't gotten it that bad, but I see what they do to other people and it's really terrible. Just the judgment that goes on and people making statements about people they don't know anything about. It’s nasty.

Fox News: What advice would you give to other mothers who want to look and feel confident but don't know where to begin?
Hilton: I always think if you dress up, if you look good, you're going to feel good. So I think taking that extra time when you're running out of the house to work and putting a little mascara on or a little blush and making yourself feel better.

Fox News: What’s your go-to outfit?
Hilton: It's skinny jeans, a blazer, and ballet flats. I just think they're chic, they're timeless and they're comfortable.

Fox News: What’s one current trend you wish would just go away and why?
Hilton: You know what? It's so funny, they say history always repeats itself and I feel like that is truer than ever right now with the fashion industry. It's all about a throwback with the Dior saddlebags coming back, the Fendi baguettes, even fanny packs are a thing, which I do not get. I don't think they're cute. I know they're on every runway and every major designer doing them, but I don't know. I don't think they're chic.

Fox News: What has been your biggest beauty or style regret?
Hilton: When I lived in LA, I lived very close proximity to a tanning salon. So there are some pictures out there where I'm way too tanned.

Fox News: What’s your relationship like with Paris Hilton today?
Hilton: My sister and I are best, best friends. We are each other's biggest cheerleaders and lean on each other for everything. We talk a hundred times a day.

Fox News: We hear you’re launching a new collection. Can you tell us about it?
Hilton: I just launched the Nicky Hilton for Tolani Passport Collection, which is a 20 piece capsule inspired by all of my favorite destinations, hence the Passport Collection. Each piece is inspired by my favorite places that I visit over the summer. We offer some of the pieces in children's sizes. So mothers can dress up with their daughters because I always love a twinning moment.

Fox News: What makes this collection special?
Hilton: Each piece is inspired by my favorite destinations. So it's almost like each dress or top is a postcard from that place and all of those places hold such special memories in my mind. So just putting them on, it kind of brings me back to that place.

NICKY HILTON TELLS ALL ON HER WEDDING

Fox News: Are there any Ibiza influences in this collection?
Hilton: I have a few of Ibiza-inspired pieces and the collection. I have the Ibiza dress, which is this beautiful pink and purple dress, which was inspired by this photo I took of the sunset. It's like magenta, pink, purple on braid with some fish on the bottom, and then I did a kimono called the Formentera, with beautiful flowers and just all of those pinks and blues and purples.

Fox News: Like many moms, your mom used to dress you up in those big, poofy dresses. How did that memory play a role when it came to designing your collection?
Hilton: My mom used to dress my sister and I up in big, poofy, velvety dresses, so when I was designing this collection I wanted to make sure it was comfortable, easy to get on and off as little and few zippers and buttons as possible. I wanted it to be cute but practical also.

Fox News: Going back to your travels, I understand your sister took you to Ibiza seven or eight years ago. What was going through your mind as you were witnessing this party atmosphere that it's famous for?
Hilton: Ibiza is a crazy place. It's literally invented for partying. They have beautiful beaches, but it's ... I had never been, my sister took me there seven, eight years ago and it's a wild place. A lot of fun though.

Fox News: You’ve been designing since you were 17 years old. What has kept you motivated?
Hilton: I first started designing handbags when I was around 17 years old and since then I've done clothing, handbags, jewelry, cosmetics, and I just actually announced I'm doing footwear. I'm doing a Capsule Collection with French Sole which is really exciting because I'm a shoe fanatic and I've never done shoes, so it's a lot of fun. I'm really excited for it to be released this fall.