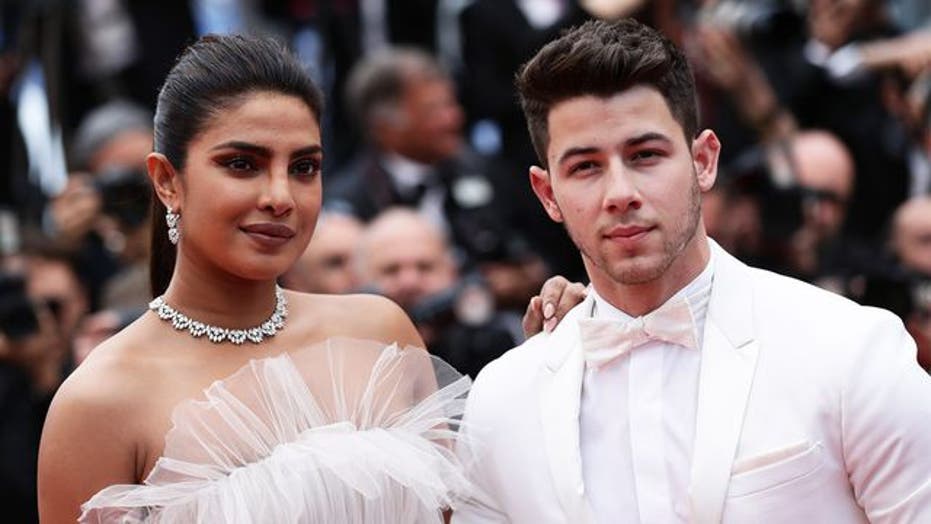 Just days ahead of their one-year wedding anniversary, Chopra, 37, woke up her beau, 27, with a little help from Gino, their German Shepherd puppy.

The "Chains" singer posted a video on Instagram showing his wife waking him up and helping the pup onto the bed.

"What?" Nick groggily repeated several times while being greeted by the dog.

The post also contained a sweet snap of the singer and the pooch cuddling on the floor, and another of Gino with a chew toy.

"Pri came home with the absolute best surprise this morning. Please meet our new pup @ginothegerman I haven’t stopped smiling since I woke up this morning and finally realized what was going on. Thank you @priyankachopra ❤️ 🐕," Jonas captioned the post.

The pooch even has his own Instagram page, which already has 247,000 followers as of Wednesday.

"I'm here. I'm Home," the page's first post is captioned, featuring a photo of Gino and Jonas all snuggled up.

The couple also owns Diana, a small rescue pup that also has an Instagram page.

"Hey kiddo! Just wanted to show you around the house and remind you who’s the older one!" said the caption of Diana's latest post.

The video features Diana chasing Gino through the halls of their shared home.